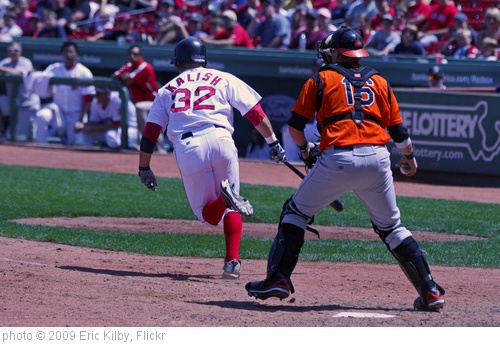 It’s been a while since we last checked in on the Red Sox’ minor league teams. Perennial five-star prospect Will Middlebrooks is already becoming a staple of the major league club, and it looks like he won’t be back in the minors save for a rehab assignment if he’s injured. Let’s take a look at some of the organization’s other key prospects and how they’re faring so far down on the farm.

Matt Barnes: Still killing it. Barnes was promoted to Single A Salem in May and has since posted a 1.59 ERA and a 3-1 record in six starts. He’s struck out 39 batters in 34 innings, and has only walked four. This is after a 0.34 ERA in five starts in Low A Greenville. With Middlebrooks in the majors, it’s safe to say that this is Boston’s most prized prospect. Don’t be surprised to see him make it to double-A Portland before the season is out.

Jose Iglesias: After a terrible start to his season, Iglesias has raised his average to .269. Still not great, but he was struggling to hit over the Mendoza line for the better part of April, so this is certainly an improvement. Still concerning is the fact that he only has five extra base hits, and a meek .317 OBP. It’s starting to become more and more apparent that Iglesias may never develop as well as some predicted offensively. That being said, he was always a player known for his dazzling defense, and that hasn’t changed. The question now is, just how valuable is that defense?

Ryan Lavarnway– The Pawtucket catcher is having another excellent season offensively. While he’s not hitting for nearly as much power as he did last year, he still has five home runs, ten doubles, and a .292 average. Add a .388 OBP on top of those numbers, and you have a catcher who looks like he’s ready for a shot in the majors. Of course, Jarrod Saltalamacchia is currently having the best season of his career… an interesting dilemma indeed.

Mark Melancon– Ok, he’s not a prospect, but he has been in the minors almost all season. At this point, you have to wonder when the Sox are going to give the guy another chance. He’s been dominating Triple-A hitters since the inning he arrived. He’s allowed only two runs in 21.1 innings pitched, and has only walked three. His biggest problem in his few major league innings was the longball. How many home runs has he surrendered in the minors? None.

Jackie Bradley– Killing the ball, just killing it. Last year’s first round pick is destroying Single-A pitching to the tune of a .379 average. He has 26 doubles, two triples, three homers, and thirteen stolen bases. His .571 SLG is impressive, his .488 OBP is flat-out ridiculous. Most scouts noted that the Sox got good value with this pick, but no one could have predicted this flat-out dominance.

Ryan Kalish– He just began his rehab this week, and only has eleven at bats for Pawtucket, but man have they been good ones. He has six hits, two of them doubles, two of them home runs, a stolen base, and a .688 OBP. He also had 21 at bats between Potland and Salem earlier last week, getting six hits in that span. Needless to say, he’ll be back in the majors this year. Another interesting log jam for the Sox, who suddenly have at least six outfielders who probably deserve to be starting (once Crawford and Ellsbury return).

Xander Bogaerts– Another offensive powerhouse for the Salem Sox. Bogaerts has a .284 average, seven home runs, fourteen doubles, and a solid .818 OPS. He also has thirteen errors at shortstop, but right now his offense is certainly enough to buoy some questionable defensive play. It won’t be long before he’s one of the top three prospects in the system. He’s got the upside of Troy Tulowitzki.

Anthony Ranuado – He’s had a mediocre five starts for Portland. He’s pitched 24.2 innings, surrendering 16 earned runs, while striking out eighteen and walking seventeen. Certainly underperforming thus far, as many expected him to become a top pitcher in the system.

Boston will certainly have some interesting decisions to make as the trade deadline rolls around. They finally seem to have some real depth throughout their minor league system, and would certainly have enough blue chip prospects to package for an elite player. That being said, they just emptied the system two offseasons ago for Gonzalez, and it would be nice to build around most of these players. There certainly is a surplus in the outfield and in the bullpen that could lead to a few players being dealt. All in all, things are looking up in the minors.