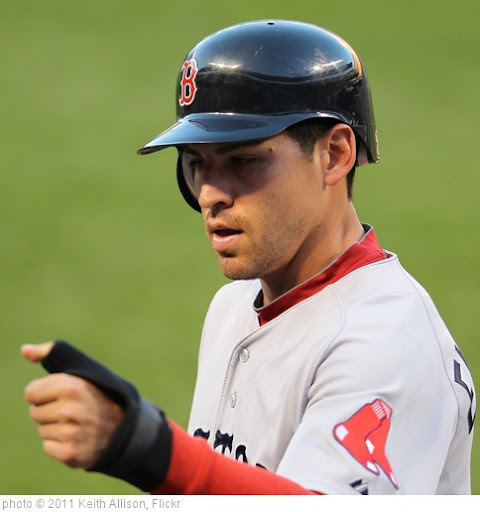 Surplus.  Every team wants it, but very few teams have it.  If you were to look solely at the Red Sox 25-man roster, you’d see a roster bereft of surplus at a number of spots.  While their starting pitching, infield, and catching situations are incredibly solid; the outfield is currently staffed with three replacement level players and a platoon player, and the relief core (though pitching very well) is filled with fringy (but capable) arms.  This is hardly what you’d expect from  a club with a $180M payroll.

That being said, looking only at the 25-man roster can be misleading.  This is especially true in the case of the 2012 Red Sox, as those in the minor leagues and on the 15-day and 60-day DL aren’t included as “active members.”  Once we expand out the roster to include everyone, we begin to see the incredible depth the Red Sox have put together at both of their “deficient” spots.  While this seems great (and it is), it doesn’t come without a few unintended consequences.

Before we go into that, let’s take a look at the roster as it’s currently constructed.

In discussing the potential unintended consequences, let’s start out with the 60-day disabled list.  Once a team has filled up all 40 spots on their 40-man roster, teams are given the capability to place injured players on the 60-day disabled list.  While this might not seem like a big deal, players on the 60-day DL are not included on the team’s 40-man roster.  This allows teams greater levels of flexibility when dealing with players suffering from long-term injuries.

Currently, the Red Sox have seven such players:  Bailey, Carpenter, Crawford, Ellsbury, Jenks, Lackey, and Repko.  (Matsuzaka and Kalish were recently taken off of the 60-day DL and placed on the active roster.)  It’s pretty clear that Lackey and Jenks won’t be removed from the DL this year due to the severity of their injuries.  Repko, given there are ten better outfielders currently on the roster, will likely be designated for assignment, rather than be added to the active 40-man roster once he’s healthy enough to return to action.  That leaves Bailey, Carpenter, Crawford, and Ellsbury as likely to activated before the end of the season; thereby necessitating the availability of four roster spots.

How can the Red Sox alleviate their eventual 40-man roster crunch?

Barring another long-term injury, option three seems pretty remote.  This leaves options one and two as the most likely to be used.

Trading players, even when there’s a need, is notoriously difficult.  Two teams (or sometimes three or four) need to agree to terms on all aspects of a proposed deal.  Many issues can arise that can derail a completely deal at the last possible second.  Last year’s Rich Harden for Lars Anderson deal is a great example.

As it stands for the moment, the Red Sox have little in the way of trade commodities.  Most of the players teams would typically be interested in acquiring are either off limits (in terms of expected return) or not cost-feasible (in terms of contract situation).  Kevin Youkilis is, quite frankly, the only person of note with whom teams are actively interested, but even has obvious flaws.  His market his boosted by his favorable contract situation and position flexbility.  Even still, trading Youk only helps the Red Sox’s roster crunch if he’s traded for prospects in the low-minors.  If he’s traded for legit major league quality players, his trade is a wash in terms of the roster situation.  Outside of Youk (and possibly Lavarnway), mostly only undesirables and “throw ins” remain as possible trade options.   These guys can supplement a trade, but can’t carry it.

This brings us to designating players for assignment.  I’ve already mentioned Repko as a possible candidate, but he’s not currently on the 40-man roster.  As such he’s not up for consideration.  Who else might be candidates?

Let’s start with the outfield.  With Daniel Nava (.401 wOBA) providing solid value and steady performance in left field, it’s probably fair to say that he’s earned his spot for the remainder of the season.  This leaves Scott Podsednik, Darnell McDonald, and Lars Anderson as potential candidates.  Anderson carries little value at this point as he’s established himself as a quad-A player.  His power never developed, and he’s ill-equipped defensively at both first base and left field.  Podsednik has performed admirably, but players like him are a dime a dozen.  The same is true with McDonald, but his ability to hit lefties will probably allow him to avoid being DFA’d for now.

In the infield, I see two players that could fit this bill in Punto and Gomez.  Punto seems unlikely given he’s on the books for both this season and next.  Given his defensive ability and versatility, he provides enough value to justify keeping him on the roster.  Gomez, on the other hand, is fringy at best.  He’s the kind of player that every team has in their system on a “just in case” basis.  The problem with him is that he’s surplus.  The Red Sox could call up Iglesias or add Pedro Ciracio (a better option) to the 40-man roster in an emergency.

In terms of pitching, any number of moves could be made.  For example, Atchison and Albers aren’t exactly known for their ability to perform consistently at the major league level.  A prolonged slump by either could spell the death of them with the Red Sox.  Vicente Padilla also seems like he could be a marked man.  Once Bailey returns to the fold, he’ll likely re-assume his duties of closer; thus allowing Aceves to move back into the “fireman” role he encumbered last season.  With Padilla currently filling that role; he could end up being the odd man out.  Lastly, I’d be remiss to not identify two struggling prospects, Drake Britton and Stolmy Pimentel, as possible candidates.  Both are currently in pitching in AA with little hope of helping the major league club prior to 2014–if at all.  Eventually, management will need to decide whether it’s worth tying up two valuable roster spots to fading talent.

So what would you do?  Would you try to trade Youkilis for major league talent or non-40 man roster prospects?  Would you consider trading away any other players, like Sweeney or Lavarnway?  If you failed to free up any of the roster spaces, which players would you designate for assignment?  Let us know in the comments section!