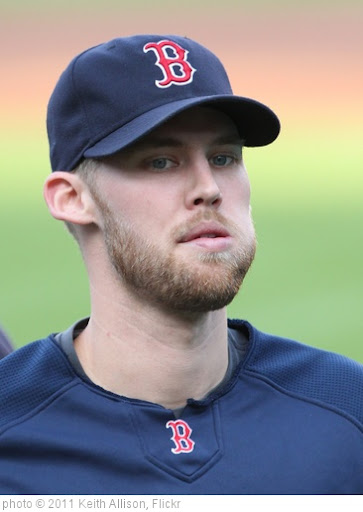 The Red Sox are rapidly falling behind in the race for the American League East, but we’re here to take your mind off that for at least a little bit, with a look at the past week in Boston’s minor league system.

Daniel Bard: This whole situation is becoming more tragic than it is disappointing at this point. By trying to convert the flame throwing reliever to a starter, the Red Sox seem to have ruined one of their most talented players. Bard has what was arguably is worst performance in the minors so far on Thursday night when he hit two batters, threw two wild pitches, gave up a two run double, and an RBI single. He’s thrown a total of 13 1/3 innings down at Pawtucket, and has compiled an 8.78 ERA in that short span. He’s walked ten batters, thrown six wild pitches, and hit six men.

Andy Laroche: Don’t look now, but it suddenly isn’t an absurd thought to think that we’ll see Andy Laroche at Fenway sometime this year, especially with Will Middlebrooks nursing a hamstring injury, the Sox’ depth at the corner infield positions is terribly thin. In the seven games he’s played since signing with the Sox, Laroche is hitting .429/.484/.643. It’s an extremely small sample size of 28 at bats, but it’s hard to look past those numbers.

Alex Wilson: Pretty much the opposite of Bard right now. He cleaned up the mess on Thursday night, giving up a single after Bard left, but then retiring the next three men he faced. Wilson has thrown seven straight shutout innings, striking out nine, but also walking four. Wilson has posted a 3.38 ERA in 50.1 innings pitched at Pawtucket, and while the Red Sox bullpen is full at the moment, he’ll certainly get a look eventually.

Junichi Tazawa: Speaking of relievers who deserve a look, Tazawa has been pretty dominating since being demoted to Pawtucket. He’s thrown 40.1 innings, and has a 2.68 ERA. He’s struck out an impressive 50 men, and has only surrendered two home runs.

Matt Barnes: Well, he had to come back to earth eventually. Barnes has proved to be human over his last three starts. In 8.1 innings, he’s given up 16 hits, 14 earned runs, and has walked five men while only striking out six. I wouldn’t be too worried, Barnes was bound to hit a few bad starts. Of course if this trend continues, it might warrant a bit more concern.

Anthony Ranaudo: He was placed on the seven-day disabled list due to something the Sea Dogs are calling “dead arm”. Apparently he complained about a little bit of arm soreness after his last start, and has had trouble getting loose. This sholdn’t be a big deal at all, but after Ranaudo missed most of his senior year at LSU due to a forearm injury, people have watched his health a little more closely than normal.

Chris Carpenter: After undergoing elbow surgery during Spring Training, Carpenter, the player the Red Sox received as compensation for letting Theo Epstein opt out of his contract and go to the Cubs, is back. He pitched in his second game on Thursday night and allowed a run after a walk, and a wild pitch. He also struck a batter out.

Listening to: Afternoon by Youth Lagoon