What Went Wrong in the First Half: Part 1 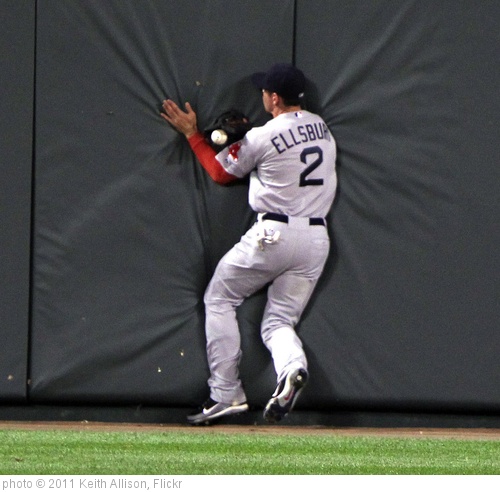 So here we are at the so-called mid-point of the season:  the All-Star break.  While we knew this season would likely be tougher than seasons in recent memory, few could have expected the veritable roller coaster ride the Red Sox have been on since Opening Day.  Up and then down.  Then, up and back down again.  To call this team volatile would be an insult to the word and a gross understatement.

Just one day before the official start to the season’s second half, the Red Sox sit at 43-43, 9.5 games behind the division leading New York Yankees, tied with Toronto for fourth (read:  last) place.  Clearly, this is not where any of us hoped the team would be come mid-July.  In preparation for the final 76 games on the schedule, let’s take a look at what went wrong during the first half, and how things could turn around during the second half.

Injuries in the Outfield

This has been, perhaps, the single most frustrating development of this season.  Entering the season, we had so many reasons to believe the 2012 outfield would be leaps and bounds better than the disappointing 2011 edition.  In fact, on Episode 118 of the Fire Side Chats, Tim, Paul, and I expressed great confidence that we could be in for something potentially special.  How could we not be excited?  Clearly, Jacoby Ellsbury was unlikely to reproduce his 9-fWAR season, but surely, a 5-6 fWAR season was possible.  Carl Crawford exuded a new level of confidence during Spring Training, and seemed eager to bounce back from his lost first season in Beantowne.  In right field, the platoon combination of Ryan Sweeney and Cody Ross appeared poised for a well balanced season that could certainly outproduce the decrepit J.D. Drew (you’re welcome, Paul), the capricious Josh Reddick, and the replacement level Darnell McDonald.  Everything seemed to be in order.

Then, of course, the season started, and everything went to hell.  First, Crawford suffered a huge set-back when he developed a sprained elbow ligament, which has caused him to miss all 86 games this season.  Next, Jacoby Ellsbury suffered a subluxation of his right shoulder during the seventh game of the season.  He’s missed the 77 games since.  Cody Ross was next up with a fractured foot that cost him 28 games.  Ryan Sweeney?  A concussion and a stress fracture of his left big toe removed him from the lineup for a combined 26 games.  For you math majors out there, that’s 217 games lost to injury out of a possible 258 games.  Replacing them was a motley crew of replacement level caliber players:  Daniel Nava, Ryan Kalish, Scott Podsednik, Jason Repko, and Marlon Byrd.  While Nava and Podsednik have been nice surprises, they’re certainly not the kind of players you want starting for your team long-term.

How could things turn around in the second half?

For starters, it would be nice if Jacoby Ellsbury and Carl Crawford came back healthy and productive.  Considering their injuries, it’s probably too much to expect anything more than 2 fWAR in value from each at this point.  Still, those four additional “wins” could be a huge bonus for the Red Sox as they strive to remain in the hunt for a playoff spot.  When both Ellsbury and Crawford are healthy, that will likely mean that Ross and Sweeney will be forced to split time in right field as originally intended.  That’s not a bad thing.  While both have been productive playing regularly (when healthy), neither are well equipped to play every day.  Aligning both players to play to their strengths should pay some pretty serious dividends for the Red Sox.

While some might say that everything that could go wrong with the starting rotation has gone wrong, I’m not willing to go that far.  Things certainly haven’t gone as planned, but things could be worse.  The Red Sox’s biggest rotation has been Daniel Bard‘s disastrous transition from the bullpen to the rotation.  To be fair, the move looked pretty smart on paper coming out of spring training, and it looked even better after Bard’s strong April.  Then May hit, and Bard lost his command, control, and ability to induce whiffs.  After some pretty intense struggles, the Red Sox finally demoted him to AAA to work on regaining his confidence.  He’ll be pitching out of the bullpen if and when he returns to the majors.

The rest of the rotation has been a mixed bag.  Staff ace, Jon Lester, has been somewhat of an enigma, struggling to find effective command and consistency.  Josh Beckett‘s primary numbers don’t look great, but he’s actually pitched very well save for a couple of terrible starts.  Clay Buchholz has overcome a brutal stretch to start the season to put up some pretty solid numbers starting in mid-May and continuing through June.  Felix Doubront has been the most pleasant surprise this year impressing many with his better-than-advertised repertoire.

Injury replacements Aaron Cook, Diasuke Matsuzaka, and Franklin Morales have been a mixed bag.  Cook’s 81 pitch, no whiff shut out, though impressive, is not what we should expect out of the soft-tossing lefty.  He’s a solid pitcher, but he’s best used as a spot starter.  Morales looked very impressive in his first three starts before appearing to be a mere mortal against the Yankees on July 7th.  It’ll be interesting to see how he bounces back.  And as for Dice-K…I give up.  He’s shown flashes of brilliance followed by moments of pure frustration.  Nothing new to see here.

How could things turn around in the second half?

Ideally, everyone in the rotation would pitch to their true talent levels.  Lester would return to being the ace we all know he’s capable of being; Beckett would quietly step-in as an effective number two; and Buchholz will finally put the whole package together.  So really the plan should be:

See?  It’s that simple.  The rotation will be dominating in no time!

Good news is that Lester has shown a few signs of improvement.  I’m sure that’s hard to believe after his last start against the Yankees, but we have to look at the big picture.  Over his last 12 starts, he’s produced a 69/13 K/BB over his last 74-2/3 innings.  Typically, improved peripherals means improvements in primary numbers like ERA.  That hasn’t been the case.  Lester has been battered all over the yard because, despite having better control, his command has been off.  That might sound counterintuitive, but it’s true.  Whereas he was nibbling on the corners early in the season, he’s been attacking the plate as of late.  While this new approach has had a positive effect on his strikeout rate, he’s been catching a little too much of the plate at times.  This has caused an increase in his line drive rate, which has consequently resulted in more hits allowed.  If he can figure out a way to balance his command and control, he’ll be fine.

Ultimately, Lester’s success is key.  He sets the tone.  Beckett, Buchholz, and Doubront have been pitching pretty well of late (when healthy).  Provided they continue to pitch as they have been, the Red Sox could (and I stress, could) be in a good position to steal a playoff spot as we enter the stretch run.

Interesting story lines to follow in the second half:  who will the front office target via trade, and how will the Red Sox handle Felix Doubront’s innings limit.