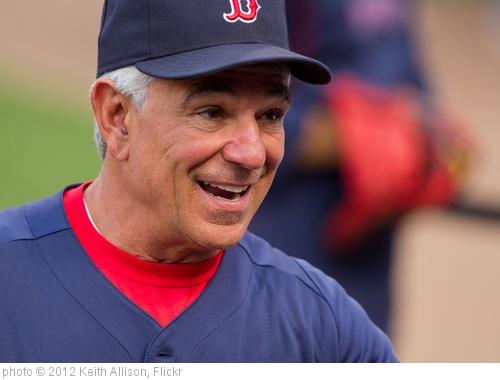 This is the first guest article written by William Tasker of It’s About the Money, Stupid and The Flagrant Fan.

Though I normally write for a site that covers one of the Red Sox’ American League East competitors (It’s About the Money,Stupid), I live in Maine and thus, everything Red Sox is omnipresent. As such, I have an outsider’s perspective with an inside view of the troubling times the Red Sox have had since the beginning of last September. And no, I wouldn’t wish these troubles on any enemy. The events of last September of course led to the sports-writing glee of this season with supposed fractures in the clubhouse and the whole players versus Bobby Valentine story-line. The story reminds me of two situations in my own life that may be instructive. The first is the Brady Bunch Myth.

Most of us have grown up with some exposure to the Brady Bunch phenomenon. If you weren’t alive yet when the shows were new on network television, the show has been on endless rerun loops around cable since forever. Most of us could sing the song by heart. But the story was so absurd compared the reality that most broken families go through including my own.

In the Brady Bunch, a single father with three boys marries a single mom with three girls. Though there are interesting developments, the move together is pretty darn peachy and as the series got rolling, you were never really aware that “Mike” was not all the kids’ father and vice versa. Life does not work that way most of the time. After my father died, my mom met and married a man whose wife had died. Mom had three kids and he had five. We all moved in to his house. It was not the Brady Bunch.

Everybody hated everyone. In retrospect, his kids felt like we invaded their house. Understandable. Mom was not the softest person in the world and was not going to give in to such anathema. He was kind of a blustery, hard-drinking man and he wasn’t our father and never would be.  It was the anti-Brady Bunch. It was hell.

Perhaps stories like the Brady Bunch really happen out there in the world and perhaps I am just jaded. But different families usually have different views on life, different rhythms and traditions and personalities. Getting two diverse cultures to mix into one has to be completely difficult.

This analogy comes to focus on the Red Sox choice to hire Bobby Valentine and mix him with coaches not of his choosing and expecting that to work out seamlessly like some sort of Brady Bunch. Obviously, it did not work out that way. Maybe sometimes it does. But in this case, it did not.

The second analogy from my own life was in my last career. I created and ran the customer service department for a start-up software company. The software company took off and within a few years was pulling in $30 million in sales. The customer service end of the business was created in my own image. The people were my hires. The philosophy was mine. The way it all worked was my creation. And what I created was a family of workers who were left a bit to their own devices with trust for their abilities and work ethic and it all worked.

In fact, the customer service saved the company on several occasions during software problems that caused huge amounts of phone calls and consternation. It was my team and there was a love relationship between the players on the team and the manager.

As the company got larger and larger, the owner hired more executive types. One he hired was to be the new sales manager. This guy was a preacher and a big time talker and smooth operator. He also happened to be a snake. Before anyone saw it coming, he had convinced the owner to not only make himself the sales manager but also the head of customer service. And so it became. I was kept on as manager and he was made director.

Suddenly, my team had a new manager and a new boss. Being smart enough to keep my mouth shut to keep my job, I could only look on as the team chafed under his direction. They weren’t his players, they were my players. That is what they thought internally. They hated him. And that hate ran really deep. But what could they do? He was the boss.

The point here is that not everything this new boss did or directed was wrong. He had some good ideas and a good understanding of what our strengths were. But since he took over in troubling circumstances, he was never trusted and since his style was much less warm than mine, the team never warmed up to him.

Bobby Valentine inherited a team that was not his. I do not know if he is a snake or not. He does not seem like one. But he is not Terry Francona. Francona was the team’s manager. It was his team until that bloody September changed everything. Despite Francona’s success, despite the two championships, despite the relationships he had with his players, it was not his team anymore. Nor would it become the team of someone else internally the players respected and trusted. It was an outsider.

Valentine was already in an unenviable spot. He was hired because the team’s owners felt that Francona was too soft on the players. They wanted more of a taskmaster. You are already asking for trouble in such a setup unless Valentine made all the right moves to win over his players. He did not. He made the Youkilis statement.

Players were already leaking their displeasure to some media about their dislike of the new drills Valentine added to Spring Training. They were chafing at his over-attention to detail. And then Valentine said what he said about Youkilis. The stuff hit the fan.

I fully admit that I was not the best disciplinarian among managers that walked the earth. I was too soft at times. And perhaps Francona was too. Perhaps he did let things get out of hand last season. Perhaps it was all blown out of proportion by the collapse. If the Red Sox had won that last game of the season, Francona would probably still be the manager. But the collapse was blamed in part for his largesse in dealing with his players.

Nothing seemed to back up that largesse than Dustin Pedroia’s response to Valentine’s statement concerning Kevin Youkilis’ desire to play baseball. Pedroia’s published statement are Exhibit A evidence that the kids ruled the candy store. “That’s not the way things are done around here.” Seriously? If one of my team had spoken as such to my new boss, I would have fired him. Such a statement is downright mutinous. From the looks of things, Pedroia was never seriously corrected by the Red Sox brass and Valentine has never really recovered.

The sad fact is that the team has never really had a chance since that fateful September. An unbelievable series of injuries decimated the team and they have spent much of the season climbing out of a terrible hole they dug early in the season. The starting pitchers, when they have been available, have not lived up to expectations. Josh Beckett and Jon Lester have been totally disappointing. And since they were the two supposed ringleaders of a clubhouse run amok last season, their lack of success does little to clear their reputation or take away the impression that they are undercutting Valentine with their performance. Are they that Olympic badminton team?

The truth is that Bobby Valentine could have done the best managing job in history and not made much difference in the outcome of this season due to injuries and the starting rotation. The fact that the Red Sox are still within sniffing distance of the wild card could either be attributed to Valentine or to the core talent of this team—or both.

And is that not the whole problem for Red Sox Nation right now? Is Bobby Valentine the bad guy? Are the players the bad guys? Did the Red Sox brass do what my owner did and pick the wrong new boss? Is the clash of new values and philosophies resulting in an anti-Brady Bunch situation? Red Sox Nation has all these choices to choose from. Is it just a bad year, a bad team, bad chemistry or just an unlucky set of circumstances?

Personally, I think Valentine has done a fine job juggling his resources to keep the team afloat. The players have done well to not inflate or escalate the stories about unhappiness with Valentine. The Red Sox’ season seems much more an unlucky set of circumstances rather than finding people to blame. A lack of chemistry has never been a requirement of playoff caliber play. Playoff caliber play has always been the chief requirement.

You can follow William on Twitter at @FlagrantFan, or his writing at  It’s About the Money, Stupid and The Flagrant Fan.  I highly recommend it.