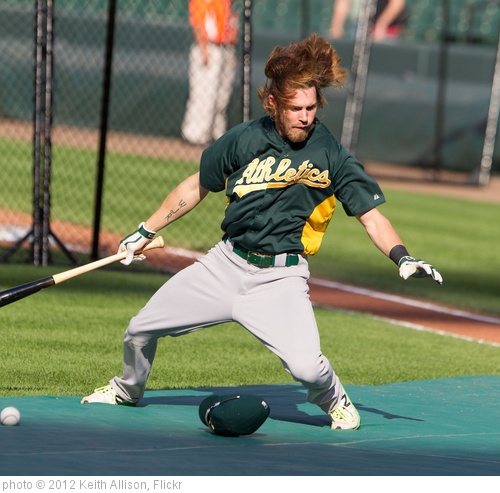 After getting swept by the Angels, the Boston Red Sox (62-70, 14 games back in the AL East) travel north on their final West Coast trip of the season to take on the Oakland Athletics (73-57, 4 games back in the AL West). The Athletics are 8-2 in their last 10 and have won 6 in a row. The Red Sox are 3-7 in their last 10 games and have lost 3 in a row. The Athletics have a 77.0% chance of making the playoffs while the Red Sox have a 0.1% chance of making the post-season. So you’re telling me there’s a chance. Yeah!

Brandon McCarthy (versus Aaron Cook in the opener) has put together a pretty decent season but a closer look at the numbers shows that he’s just been average. McCarthy’s ERA of 3.12 (21% better than league average) looks pretty nice but his advanced pitching triple slash line statistics (3.73 FIP – 7% better than league average, 4.18 xFIP – 1% worse than league average) tell a bit of a different story. McCarthy has a nifty 3.00 K/BB, which is right where a pitcher wants to be, but that number is comprised of a nice 2.05 BB/9 with an average 6.15 K/9. While McCarthy’s batting average against is an uninspiring .256 at least those hits don’t usually leave the park – his homer to fly ball ratio is a very nice 8.1%, surrendering only 9 homers in 101 innings, but park factors probably come into play with that.

Brett Anderson (facing Felix Doubront) is back from recovering from Tommy John surgery and he is back in a big way. Small sample size alert, but Anderson has pitched 7 innings in each of his two starts, surrendering only one run total with 11 strikeouts against 2 walks and six hits. Most encouraging, Anderson is throwing his two-seamer at a 91.3 mph average, which is only 0.1 mph slower than in 2010 (his last healthy season), and his 92.0 mph four-seamer is only 0.7 mph slower than 2010. Anderson is announcing his presence with authority. If Anderson stays hot, Oakland might hold on for the Wild Card and could be a tough out in the playoffs.

Tommy Milone (against Daisuke Matsuzaka in Sunday afternoon’s finale) is basically Brandon McCarthy with less of a variance in his pitching triple slash line. Milone’s 3.73 ERA isn’t as sexy as McCarthy’s but the rest of his slash line (3.92 FIP, 4.00 xFIP) compares pretty well with McCarthy. Milone has a 3.77 K/BB which, like McCarthy’s, consists of a very low BB/9 (1.75) with an average K/9. And to top it all off, Milone has the exact same batting average against (.256) as McCarthy. The only real difference between the two pitchers is that Milone has been susceptible to the long ball this season, giving up 20 dingers in 159.1 innings pitched. I bet Tommy calls Brandon in the morning to see what he is wearing so he can wear the same thing.

James Loney hit a homer. That was the highlight of the series against the Angels. Let’s move on.

The Oakland Athletics are getting hot at the right time. With the return of Brett Anderson they’ve added an ace to their starters. They are hitting well and the bullpen is getting the job done. This is a very good team.