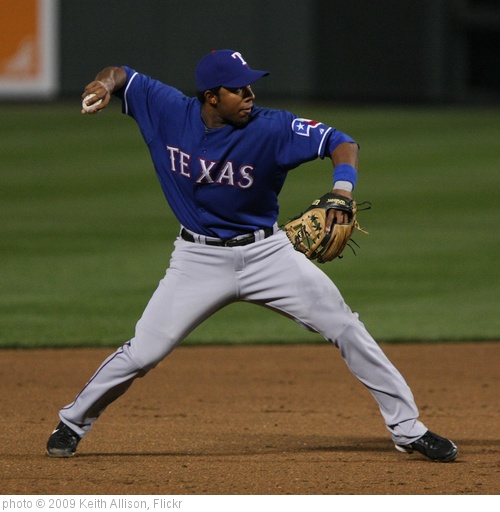 Over the last couple of weeks, I’ve taken a long look at the Red Sox’s current roster.  I’ve reviewed player performance, examined contract situations, and made assessments of each player’s future in Bostonin 2013.  (See Part 1 on Position Players and Part 2 on Pitchers and Part 3 on free agent catchers)  Here’s the roster I came up with:

The shortstop position has been something of a revolving door in Boston since the departure of beloved superstar, Nomar Garciaparra, in July 2004.  Since that trade, the following players have held the title of starting shortstop:  Orlando Cabrera, Edgar Renteria, Alex Gonzalez, Julio Lugo, Jed Lowrie, Nick Green, Marco Scutaro, and Mike Aviles.  Though a couple of those names showed promise, none proved to have any staying power.

With Mike Aviles being included in the deal that brought manager John Farrell from Toronto, the position is once again vacant.  The Red Sox do have a couple of internal options, but both come with a certain degree of risk.  The first, and most likely, option is defensive-whiz, Jose Iglesias.  When the Red Sox signed him to a four year deal in September 2009, the original idea was that he’d be ready to start in 2012.  After sustaining a few injuries, and then failing to develop offensively as originally hoped; that time table was set back to 2013.  He finally had a chance to get regular playing time this past September, but did little to calm fears about his offensive skill set when he hit .118/.200/.191 in 77 plate appearances.  Still, he’s a top prospect who has been given the reputation as being a transcendant defensive shortstop.  Given the amount of money already invested, the Red Sox will give him every opportunity to stick.

The second option is fan favorite, Pedro Ciriacio.  Unlike Iglesias, he’s not a prospect.  He bounced around between Arizona and Pittsburgh before finally landing in Boston last year.  He’s not terribly gifted on the offensive side of the coin, and his 2012 would seem to a reasonable peak.  While that’s still better than his primary competition at this point, Ciriacio lacks the upside of Iglesias.  He’s a useful player to have, and seems best suited to being a utility type of player at this point.

Let’s take a look at a few of the external options the Red Sox might be interested in:

Stephen Drew (.223/.309/.348 in 327 Plate Appearances) – Drew, perceived to be an underachiever by many, has a ton of potential, but he’s coming off of two injury riddled seasons that have compromised his market value.  Wait a second.  Does this sound familiar to you?  Moving on…  When Drew is healthy, he’s one of the better shortstops in the league.  He has good power, both for doubles and home runs; gets on base; and plays solid defense at a keystone position.  Unfortunately, he’s never reached his potential.  Entering his age-30 season, he’s not a likely bet to improve his performance drastically.  Additionally, with the shortstop market being so thin this offseason, he’s in a good position to cash in despite his obvious flaws.  The Red Sox will be interested, but only if his price stays reasonable.

Alex Gonzalez (.259/.326/.457 in 89 PAs) – Gonzalez has played for the Red Sox twice, in 2006 and 2009.  Last season, Gonzalez’s got off to a decent start when it was abruptly cut short on May 5th when he tore his ACL.  As a player who’s value is primarily tied up in his defensive abilities, this could have an adverse affect on his ability to perform.  Yes, that is stating the obvious, but it’s hard not to understate it given his age and limited offensive skill set.  The Red Sox will probably pass on a third go-round on Gonzalez.

Asdrubal Cabrera (.270/.338/.423 in 616 PAs) – Cabrera is an interesting option, but he’ll come at a price.  Currently with the Indians, he’s under contract at a reasonable price for the next two seasons, and he’s just entering his prime.  His on-base skills are around the league average, but his power capabilities are above average for a player at his position.  At Fenway, he’d be able to take advantage of the deep power alleys, and potentially rack up a ton of doubles.  Defensively, he’s right around league average, maybe slightly below.  Still, at 27, he should be able to maintain that level for the next few years without seeing any kind of marked decline.  To obtain him, he’ll likely cost at least one of the Red Sox’s top five prospects.  I doubt Cherington would be willing to give up that much for Cabrera, but including such prospects would be more palatable if Justin Masterson or Shin Soo Choo were involved.

Elvis Andrus (.286/.349/.378 in 711 PAs) – I’ll be the first to admit that Andrus is somewhat ideal.  He’s a young, defensive whiz who can get on base and steal bases.  He’ll never develop home run power, but he could learn to take advantage of the green monster for doubles.  The only problem is the potential price.  Many have been floating the idea of a trade including Jacoby Ellsbury, which could benefit both teams as the Rangers could be in the market for a Josh Hamilton replacement.  Still, the Red Sox may want to move Ellsbury for a starting pitcher instead.  Still, Andrus would do a lot to help the pitching staff, and stabilize the shortstop position for years to come.  It’s certainly worth strongly considering.  Plus, obtaining him would allow the club to spin Iglesias off in a deal for another piece to the puzzle.