Evaluating the AL East, Part One 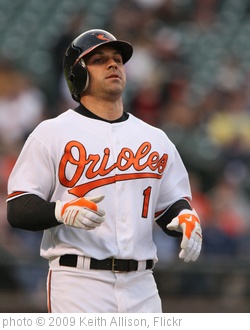 Maybe it’s just how slowly it moves. There’s no real free agent blitz like there is in football; it can be months before free agents start to sign (See: Fielder, Prince). There’s not really the drama of a basketball offseason, either – nobody’s televising their signing a la The Decision, not even Pujols when he signed with Los Angeles (probably baseball’s closest comparison to the LeBron signing). And, worst of all, once the free agent pool has mostly cleared, there’s a blank space of just… nothing.

That’s where we are now. The “nothing” phase. The top free agents are off the books (apologies to Michael Bourn and Kyle Lohse) and the blockbuster deals are mostly done with, and yet we’re still about a month away from pitchers and catchers reporting.

So while we’re here – in what is basically Baseball Purgatory – I thought it might be a good time to zoom out a little bit and look at how the Red Sox stack up against their competition in the AL East this season. Because let’s face it, what else am I going to write about right now?

We’ll start Part One here with the Orioles and Blue Jays, and finish next week with the Yankees and Rays – with an additional look at how the 2013 Red Sox measure up.

I will forever maintain that the 2012 Baltimore Orioles were one of the luckiest teams I’ve ever seen in any sport, improbably racking up 93 wins despite ranking average to bad in almost every single conceivable batting and pitching statistic (per FanGraphs). I’m now going to throw almost all of those stats at you to prove my point.

All this is to say that there is almost no realistic way the Orioles win 90 games again in 2013, and even 80 might be a stretch. After being mentioned in conjunction with just about every notable free agent this offseason, Baltimore signed none of them. Corner infielder – and personal favorite strikeout machine – Mark Reynolds inked a deal with Cleveland, putting a dent in Baltimore’s “swing the bat really hard” offense. In other words, the team seems to have made no notable improvements between the end of last season and now.

Without any real upgrades through free agency or trade, it seems the Orioles are banking on youth to repeat their 2012 success this season. Super-prospect Manny Machado is expected to fill Reynolds’ spot at third base, and the team clearly expects him to improve his .262/.294/.445 stat line from last season. He and 27-year-old MVP-candidate Adam Jones look to anchor the team’s batting lineup, and if Machado comes along significantly in his second season, they could potentially make a fairly potent duo. Around them, OF Nick Markakis (He of the perpetual .290/.360/.450 stat line), SS JJ Hardy (High-power, Mendoza Line bat), and C Matt Wieters (4.1 fWAR, above-average backstop defense) round out the team’s core.

In news that should surprise nobody, the “Brian Roberts is really healthy this time, for real!” stories have already begun, as the Orioles expect the 35-year-old will be the team’s Opening Day starter at second base. Certainly, a healthy Roberts would be a boost for the Orioles’ lineup. However, with only 115 games under his belt at the major-league level over the past three seasons, it’s unclear exactly what skills Roberts has left. Not that it’ll matter if he gets hurt a month into the season, that is.

The starting rotation is a patchwork mix of journeyman starters (Chen, Hammel, Joe Saunders), promising young arms (Chris Tillman, Dylan Bundy), and formerly promising pitchers trying to reverse their fortunes (Jake Arrieta, Brian Matusz, Zach Britton). It’s a group that would seem to have a ceiling of “league-average.” The bullpen was a strength in 2012, but 51-save closer Jim Johnson’s 5.37 K/9 and 3.63 xFIP scream regression and most of their prominent arms posted sizeable ERA/FIP splits, as well.

Ultimately, I hope it’s pretty apparent that I don’t expect much from the 2013 Baltimore Orioles. There’s still some moves the team could make – Kyle Lohse could be a fit, especially considering how his market has dwindled – but overall, the potential for improvement seems to be limited. While it’s remarkable the O’s managed to find their way into the playoffs last year, all things considered, I think we’ll see a return to the cellar for Buck Showalter’s club this season.

Whew. Well then. Somebody was pretty busy this offseason.

That might actually be an understatement for the Blue Jays, actually. They pulled off two of the biggest trades of the offseason, netting them Jose Reyes, Josh Johnson, Mark Buehrle, John Buck, Emilio Bonifacio, and R.A. Dickey. It was a flashy offseason – especially for a team from Canada (ZING!) – and it’s sparked plenty of excitement about the Blue Jays in 2013.

Well, not so fast.

Yes, Toronto brought in a lot of talent this season. Put together with existing pieces like Jose Bautista, Edwin Encarnacion, Brett Lawrie, and Brandon Morrow, this is a very good team on paper.

The problem is the risk; specifically, that every player they picked up comes with it, whether it’s age or injury concerns. This is a high-upside team, but it also has a very low downside.

Reyes, Johnson, and Bonifacio have all missed substantial parts of the last few seasons due to injury, and the franchise’s best player – Bautista – had his 2012 campaign cut short after undergoing surgery on his wrist. Reyes played 160 games for the Marlins last year, but has become notorious for being fragile in recent seasons. Johnson has tremendous stuff, but has surpassed 200 IP in a season only once in his career. Bonifacio found his way to the DL three separate times last year, playing only 64 games – although he did steal 30 bases in those games. Morrow – the team’s best pitcher in 2012 – was limited to only 21 starts with an oblique injury.

The Jays’ other two notable additions – Buehrle and Dickey – are 33 and 38 years old, respectively. While Buehrle has been a reliable innings-eater for years and Dickey is coming off a Cy Young campaign, the question remains: how long can they remain effective?

Being a knuckleballer, Dickey’s age could be less of a factor. After all, we just watched our own Tim Wakefield pitch effective innings past Dickey’s current age. It’s Buehrle who provides the bigger question mark; he’s been a model of consistency over his past 12 seasons, posting at least 200 IP in every one and an fWAR below 3.4 only twice. The question for Buehrle is how long can he keep it up? Coming off a year with the second-lowest fWAR (2.1) of his career, and a spike to his third-highest HR/9 (1.16), is the decline finally starting?

Lost amid the trades was another notable move by the Jays – signing Melky Cabrera. Fresh off a 50-game suspension for testosterone, it’s unclear exactly what Cabrera may bring to the table for Toronto, but if he performs close to the 4 fWAR level of his past two seasons, he could be a major piece of the puzzle for the Jays this season. Of course, if he regresses to his pre-Giants replacement-level self, he could also be a sunk cost.

The 2013 Toronto Blue Jays are a genuinely difficult team to project for all these reasons. If everything breaks right with this extremely talented core, it’s very possible they could take the AL East this season. At the same time, if the injuries pile up, it’s not hard to see this team finishing as low as fourth, either. I think they’ll likely end up somewhere in between – close to 90 wins and second or third place in the East. But it’s extremely difficult to tell.

So that’s that. Stay tuned next Sunday for Part Two with the Yankees and the Rays, as well as how the Red Sox fit into the picture.