Tuesday Links: Waiting until the end 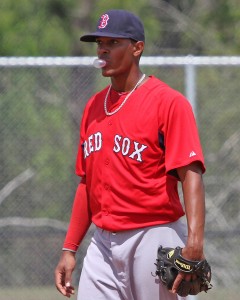 After taking three games of four from the Kansas City Royals over the weekend, the Red Sox hit the road on Monday and traveled to Pittsburgh for the first time since 2011. Boston will send rookie right-hander Anthony Ranaudo to the mound to start the series, while the Pirates will counter with Charlie Morten. Like many other Red Sox rookie arms, Ranaudo hasn’t exactly capitalized on the opportunity to lock-up a rotation spot, but he has pitched adequately enough to deserve a longer look. Ranaudo’s fellow rookie starter, Brandon Workman, will get a chance to try and salvage an overall rough second trip to the majors on Thursday. In his last 5 trips to the mound, the 26-year old holds an ERA north of 8.00, and opponents are reaching base at a .400 clip against the righty. Sandwiched in between two rookie starters trying to prove their worth for Boston, is Wednesday night’s marquee match-up of Clay Buchholz vs. Francisco Liriano. Both starters have been dominant of late, with Liriano holding a sub-1.00 ERA in his last 4 starts and Buchholz posting a 2.00 ERA in the same span.