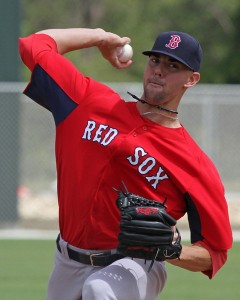 The Red Sox began their second to last road series of the 2014 season with a loss against the Pittsburgh Pirates on Tuesday night. Two Pirates home runs, and an unproductive offense spoiled an otherwise effective start from the 25-year old rookie. Pittsburgh backstop Russell Martin was the first to take Ranaudo deep, as his second inning blast gave the Pirates an early two run advantage. Three innings later, Starling Marte took the rookie out of the park and pushed the lead to 3 runs. Meanwhile, the Red Sox offense couldn’t cash in with runners on base against Pirates pitching. Boston went 0-for-10 with ducks on the pond on Tuesday night, despite five of their seven hits going for extra bases. Including starter Charlie Morton, the Pirates used 6 pitchers to keep the Red Sox off to scoreboard; with old friend Mark Melancon slamming the door on a 4-0 win in the 9th.

Pedro Ciriaco — remember the summer of Ciriaco? — helped torment the PawSox tonight in the winner-take-all.