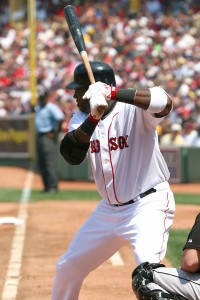 After splitting the first two games of the series, the Red Sox and Orioles played the rubber match of a 3 game set on Sunday. Right-hander Joe Kelly toed the rubber for the Red Sox in search of his second consecutive win. The 26-year old was opposed by Baltimore right-hander Miguel Gonzalez, who looked to bounce back after collecting a tough luck loss in his last trip to the mound. In the first inning, Mookie Betts kept his bat white hot, as he drilled a lead off home run to left field to open the scoring. The Red Sox added to their score in the fifth, as Yoenis Cespedes lined a run scoring single into center. The following inning, Red Sox catcher David Ross blasted his seventh home run of the season into straight away center and pushed the Red Sox lead to three runs. Meanwhile, Joe Kelly was dealing for Boston as he tossed seven innings of three hit baseball, striking out five and walking three. The only blemish on Kelly’s start was the Orioles two-run sixth inning. After Kelly left the game, Boston used three pitchers to preserve the 3-2 victory. The Red Sox will enjoy an off day on Monday, before beginning their final homestand of the 2014 season on Tuesday against the Tampa Bay Rays.

I love this picture of Yoenis Cespedes and Rusney Castillo. pic.twitter.com/BFm7luCFf4