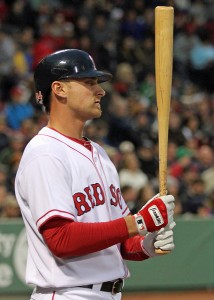 The Red Sox will return home on Tuesday night and host their second to last homestand of the 2014 season. While both teams are well out of contention, Tuesday’s match-up of Alex Cobb vs. Clay Buchholz appears to be an interesting battle on paper. Prior to his most recent start in which he allowed five runs in four innings, Buchholz posted a 3.18 ERA, and was holding opponents to a .261 OBP dating back to early August. In 17 career starts against the Rays, the 30-year old boasts a 2.21 ERA over 110 innings pitched. Alex Cobb, on the other hand, has thrown the ball well all season, as evident by his 2.82 ERA in 25 starts. In his last 15 trips to the mound, the 26-year old Boston native holds an ERA of 2.01, and hasn’t allowed more that three runs in a start since June 23rd. In 45 career innings against the Red Sox, Cobb holds a 2 and 3 record, and has allowed 23 runs on 39 hits.