Jumping on the Bandwagon

It has been clear for some time now that the Red Sox wouldn’t make the postseason. They were officially eliminated this month, and now the playoffs are almost here. So what teams should Red Sox fans support this postseason? The obvious villains (Yankees and Rays) will also be watching from home, but here are some ideas on teams to root for (Note: the Athletics and Royals have not yet clinched postseason berths).

Pros: Former Sox reliever Andrew Miller has played a big role for the Orioles, striking out 32 batters in almost 19 innings pitched. The Red Sox reaped the benefits of the trade, getting Eduardo Rodriguez, a top 100 prospect. The Orioles also have former Red Sox GM Dan Duquette, who brought many of the 2004 World Series championship players to Boston.

Cons: It’s difficult to root for any direct competitor of Boston in the Al East. While the rivalry with the Orioles doesn’t have the same intensity as others, manager Buck Showalter has been highly critical of the Red Sox in the past.

Pros: Meh. There’s not much here to root for. Victor Martinez is the lone exception, a player who was excellent in Boston and has had an amazing season (31 home runs with only 41 strike outs). They do have the narrative of a team that has been excellent for the last few seasons having another chance to win the World Series.

Cons: They faced the Red Sox in the playoffs last year, and have several ex Yankees and Rays (Joba Chamberlain, David Price).

Verdict: Don’t root for the Tigers.

Pros: The Angels have Mike Trout, the best player in baseball who will be truly exciting to see in the posteason. Did I mention Mike Trout?

Cons: Very few Red Sox connections here. The Angels won the World Series in 2002 so no long drought to root for them to break.

Verdict: Root for them over Detroit or Baltimore. 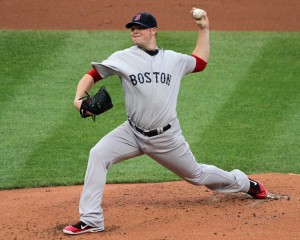 Pros: The instant Jon Lester was traded to Oakland they became the de facto other favorite team for most Red Sox fans. None of these other former players left on bad terms, making them all easy to root for. This team is basically the Red Sox, West Coast version.

Cons: I can’t think of any.

Verdict: Red Sox fans should root for the A’s to go all the way, and Lester to earn his third World Series ring.

Pros: If the Royals make the playoffs, they will be the feel-good story of the season. They haven’t made the postseason since they won the World Series in 1985, the longest drought in baseball. Several terrific sports writers (Joe Posnanski, Rob Neyer, Rany Jazayerli) are Royals fans.

Cons: No former Red Sox to root for.

Verdict: Root for the A’s in the Wildcard game. If the Royals advance, root for them to win it all.

Pros: The Nationals organization has never won the World Series, either in their current location or back when they were the Montreal Expos. They also had a heartbreaking loss in their last postseason appearance, with their bullpen collapsing when they had the chance to clinch.

Verdict: Root for this franchise to win their first World Series title. 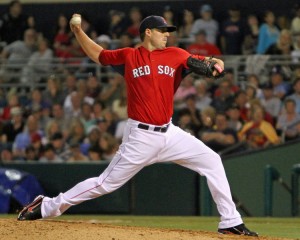 Former Red Sox: John Lackey, Justin Masterson, AJ Pierzynski (not sure whether the last two are pros or cons)

Pros: They’re incredibly well-run, they have a few former Red Sox (although I’m not sure the current Sox fan opinion on John Lackey) and any team Jon Hamm supports can’t be that bad.

Cons: It’s nice to see new teams in the postseason, but the Cardinals seem to make it every year. The self-proclaimed “Best Fans in Baseball” rarely act that way on Twitter.

Verdict: Only support them if they face the Dodgers.

Pros: Clayton Kershaw and Yasiel Puig are two of the most exciting players in baseball.

Cons: They feature several players (Gonzalez, Beckett, Crawford) viewed as responsible for the Red Sox collapse in 2011, and terrible season in 2012. Gonzalez and Crawford have made it clear on several occasions they didn’t enjoy their time in Boston despite playing for huge money.

Pros: Postseason darlings from last season, the Pirates are still led by a core of exciting young players like Andrew McCutchen and Gerrit Cole.

Verdict: Root for the Pirates.

Pros: They’re not the Dodgers, and former Red Sox player Jake Peavy seemed to love his time in Boston.

Cons: The Giants would tie the Red Sox for most World Series titles this century if they go all the way.

Verdict: Only root for the Giants against the Dodgers.