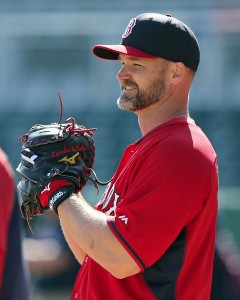 The San Fransisco Giants and Pittsburgh Pirates played the National League Wild Card game on Wednesday night. However, unlike the exciting extra innings American League Wild Card contest on Tuesday, the National League game was mostly one sided throughout. Starters Madison Bumgarner and Edison Volquez exchanged scoreless frames clubs through the first 3 innings, and it seemed as though the game set to be a pitchers duel. After the Giants loaded the bases in the 4th inning on two hits and a walk, Brandon Crawford broke the scoreless tie by crushing a grand slam to deep right field. An inning later, Brandon Belt tacked on another run to the Giants tally with an RBI single to right. However, Belt wasn’t done helping the Giants build a lead, as he drove in 2 more runs with a single in the 7th inning. Meanwhile, Madison Bumgarner stymied the Pirates offense as the right-hander allowed just 5 base runners and held Pittsburgh off the scoreboard in 9 innings of work. San Fransisco’s convincing 8-0 victory over the Pirates ensured that the team will meet the Washington Nationals in the National League Divisional Series, set to kick off on Friday.

I loved the Rockies "Rocktober"… the Red Sox "Soxtober" is ok I guess… but "Royaltober"? pic.twitter.com/tgRmizyDX8