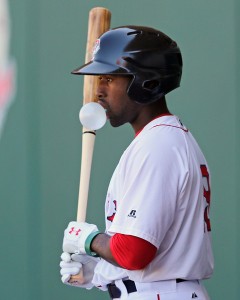 The American League Championship Series was officially set over the weekend, with both the Baltimore Orioles and Kansas City Royals sweeping their respective series’. While the two clubs that will battle to represent the American League in the World Series aren’t the juggernauts that we’re used to seeing, both teams have risen to the occasion so far this postseason. Kansas City first made their presence felt when they came from behind 3 times, and beat the Oakland Athletics in the AL Wild Card game. The Royals continued their winning ways in the divisional series, as they swept the Anaheim Angels in three straight games. Kansas City took care of business by winning back-to-back 11 inning games, and then delivered an 8-3 knock out blow to Anaheim upon returning home to Kauffman Stadium. Likewise, the Baltimore Orioles only needed three games to cash in their ticket to the American League Championship Series. While in Baltimore, the Orioles took advantage of the Detroit Tigers bullpen woes, and enjoyed a commanding 2-0 series lead. The Orioles then traveled to Detroit, and finished off the 3 game sweep with a 2-1 win on Sunday. Having not lost a game yet this postseason, both the Orioles and the Royals enter the ALCS with a lot of momentum, so watching these two clubs clash should be a lot of fun.

Lorenzo Cain is so good at fielding that he got Ernie Johnson excited about baseball.