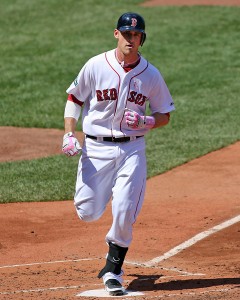 While the American League Championship Series is all set to go, the National League side of the postseason is still stuck in the Divisional Series. On Monday, the Washington Nationals staved off elimination behind a solid effort from right-hander Doug Fister. After both Fister and Giants starter Madison Bumgarner exchanged scoreless frames for the first 6 innings, Washington tallied 3 runs in the 7th. The Nationals collected their first two runs after Bumgarner committed a throwing error, while the third Nationals run scored on an Asdrubal Cabrera single. Fister left the game after tossing 7 innings of scoreless baseball, and the Nationals pen held the Giants bats in order for the rest of the contest. In the home half of the 9th inning, Nationals closer Drew Storen surrendered a run, but wound up putting the finishing touches on a 4-1 Washington victory. Later on Tuesday night, the Cardinals and Dodgers met with the divisional series advantage on the line. Tied at one game a side, the Cardinals sent out former Red Sox hurler John Lackey, while the Dodgers countered with Hyun-jin Ryu. Cardinals second baseman Matt Carpenter remained scorching hot at the plate, as his 3rd inning home run gave St. Louis an early lead. The Dodgers tied the score in the 6th inning, after Hanley Ramirez doubled to score Yasiel Puig. Ryu would leave the game after 6 innings on 1 run baseball, and give way to Dodgers reliever Scott Elbert. The right-hander quickly allowed a lead off double to Yadier Molina, and then surrendered a booming 2-run home run off the bat of Kolton Wong. Wong’s home run ended up being the difference in the game, as Trevor Rosenthal secured a 3-1 win for St. Louis.

Jon Lackey is a stud, knows how to pitch when it counts!