Tuesday Links: Rumors abound on day one of GM Meetings 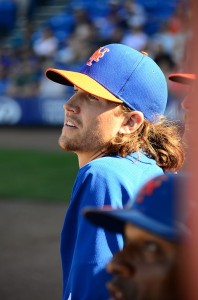 Outside of the General Managers Meetings fueling the offseason rumor mill, Major League Baseball announced the winners of the Rookie of the Year Awards. In the American League, White Sox’ slugging first baseman Jose Abreu took home the hardware in a unanimous decision. After defecting from Cuba, Chicago inked Abreu to a 6 year, $68M deal before the start of the 2014 season. In turn, the 27-year old became one of the American League’s most feared hitters, collecting 36 home runs and 107 RBI while reaching base at a .383 clip. On the National League side, Mets starting pitcher Jacob deGrom took home the Rookie of the Year honors. While the 26-year old’s inaugural season was cut short due to injury, DeGrom’s performance was enough to beat out fellow rookies like Billy Hamilton and Kolton Wong. In 22 starts last season, DeGrom posted a 2.69 ERA, which was accurately reflected by his 2.67 FIP. In just over 140 innings, the right-hander tallied 144 strikeouts, while only surrendering 43 bases on balls. DeGrom became the first Met to win the Rookie of the Year award since Dwight Gooden won it exactly 30 years ago.