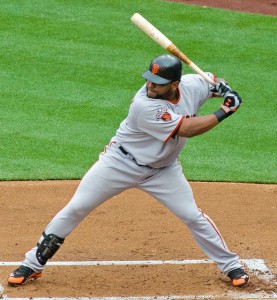 As the weekend was coming to a close on Sunday night, the Red Sox sent shock waves through Major League Baseball as news broke that the team was wrapping up a pair of deals for free agents Pablo Sandoval and Hanley Ramirez. Boston brought back their former prized prospect on a five year deal, worth $90M, which is much less than the 30-year old was projected to get on the open market. While Sandoval’s deal still isn’t complete, reports indicate that he will supposedly sign a five year offer approaching $100M. With the two players in the fold, the Red Sox must now figure out where everyone will fit in. The 28-year old Sandoval seems like a lock to play third base, but the future position of Hanley Ramirez seems a little less certain. Most assume that Boston will take advantage of Ramirez’ willingness to move from his native shortstop, and elect to use him as their every day left fielder. However, there is a slight possibility that the Red Sox trade Xander Bogaerts in a deal for a young, cost controlled starter, which would allow Ramirez to plug in at short. However too me, the most likely scenario involves Ramirez taking over in left field, and the Sox using their glut of outfielders and other pieces to acquire a top of the rotation starter. Yoenis Cespedes’ makes the most sense to leave in a trade, but Shane Victorino, Allen Craig, and Daniel Nava would all be attractive throw-in’s in a potential deal. Whatever way you slice it, the Red Sox need to clear room for their new additions, so a trade or series of trades is almost a certainty.

All we can do for now pic.twitter.com/XQCrXllIK3