Hanley, Pablo and What’s Next for the Red Sox

What a difference a week makes. Seven days ago the Red Sox were reportedly contenders to sign both Pablo Sandoval and Jon Lester. Now, Boston has agreed to terms with the Panda and also signed Hanley Ramirez to play left field for good measure.

(And, according to some, Lester isn’t far away from returning to the Red Sox either.)

The addition of Sandoval is hardly a shocker, but Ramirez’s return to the organization that drafted and developed him happened swiftly, taking many by surprise. Given the club’s offensive struggles in 2014, the two veterans should be a big help in reshaping the Red Sox into one of the league’s better offensive teams. 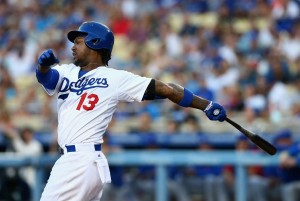 Both Sandoval and Ramirez do come with risks, of course. The 28-year-old Sandoval is a free swinger with weight issues whose overall production doesn’t quite match up with his reputation. Indeed, his offensive output has dipped in each of the last four seasons, with the Panda’s .739 OPS in 2014 representing a career-low mark.

But this is the production the Red Sox have gotten out of the third-base position over the last three seasons:

The club’s woes at the hot corner have been an ongoing dilemma for some time. With Sandoval, the Red Sox can expect above-average production over the next few seasons and, perhaps, a slight uptick in performance given that Fenway is a far better environment for hitters than AT&T Park.

For Ramirez, the only real drawback is his inability to stay on the field. The Dominican Republic native has missed significant time over the last two seasons, but no one can question his performance when he’s healthy. Since the start of 2012, Ramirez has hit 35% better than league average, tied for 15th-best in the majors over that time span (min. 1500 plate appearances) and higher than the likes of Evan Longoria, Matt Carpenter and Joe Mauer.

Just a year ago in 2013, moreover, Ramirez hit .345/.402/.638 over 86 games and would have garnered serious MVP consideration if he had stayed healthy. Whatever way you spin it, Ramirez is an elite offensive player. And although the Red Sox won’t be paying for what he’s done in the past, even a little decline in Ramirez’s skills as he enters his early 30s makes him well worth a four-year commitment.

The bigger question is what Ramirez’s arrival means for Yoenis Cespedes and the rest of the roster. Ramirez has been an infielder his whole career but is reportedly willing to play left field in Boston. The Red Sox already have a plethora of outfielders, though, and bringing back Ramirez only makes a trade more likely. Many believe Cespedes will be the odd man out, and considering just one year remains on his contract, he will be the easiest to trade.

All of which brings us back to Boston’s biggest need this offseason: pitching. Lester remains a good option, but the Red Sox will probably look to add another starter as well. Some view Cole Hamels and the Phillies as a good match, though Ben Cherington will probably only move in that direction if Lester signs elsewhere.

Packaging Cespedes with a prospect or two (the Red Sox have plenty of upper-minors talent, after all) would represent an appealing package for just about any team. The Reds have long needed a left fielder, and they probably can’t afford to pay both Jonny Cueto and Mat Latos, which makes Cincinnati an intriguing destination. The same goes for the Nationals, who could look to deal either Jordan Zimmerman or Doug Fister this winter.

Either way, signing Ramirez and Sandoval leaves Boston with more work to do, but also more options. Shane Victorino is still around, and he could allow the Red Sox to keep Mookie Betts in Triple-A for a little more seasoning (and some more reps in the outfield). With Ramirez and Rusney Castillo in the fold, along with Victorino, Betts and Daniel Nava, Boston’s outfield production should be vastly improved after reaching near-historic levels of ineptitude in 2014.

Yes, the Red Sox have too many outfielders. Yes, they still need to add some frontline pitching. Yet they’ve also done a remarkable job in acquiring assets ever since July’s tumultuous trade deadline. Sure, the pieces don’t quite fit together yet, but I’d trust Cherington to make the right decisions in the coming weeks. The club’s makeover for 2015 is starting to take shape, and the Red Sox have plenty of assets to finish re-tooling the roster by the time spring rolls around.