Look, I know it’s Thanksgiving. We should be showing thanks, enjoying our families, and eating until we feel like exploding, not unlike one of those poor saps from Alien. It should be a time of coming together and appreciating everyone and everything in our life. Key word there: should. 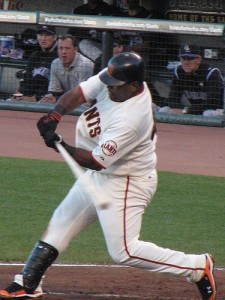 If you’re Paul Hoynes, Cleveland.com’s Indians beat writer, it’s a time of childish tantrum throwing. Mr. Hoynes has rallied himself and/or just beat a deadline by writing an article concerning the Red Sox’s newest third basemen and how the money spent on the duo is annihilating the concept of competitive balance in baseball. No amount of paraphrasing will fully describe what he wrote, so by all means, cast your gaze upon this dumpster fire: Boston Red Sox prove (once again) that competitive balance in baseball will never exist.

As a biased Sox fan, this seems like thinly veiled vitriol against the two signings, and even the team. As a casual baseball fan, this seems pretty poorly researched when using a broad, MLB-wide paradigm. I’m here to give you the play-by-play on this reaction piece to the Red Sox doubling up on good hitters.

“There is never going to be competitive balance in baseball. In a game where the players have proven time and time again that they will strike to prevent it, perhaps it was never meant to be.”

There’s a reason players will strike to “prevent” it. In fact, it’s not even competitive balance they’re preventing. But I’ll elaborate on that later.

“[Bud Selig] has accomplished more than anyone who has held the office before him, but he couldn’t wrestle this problem into submission.”

Teams spending a lot isn’t a problem, Hoynes. This has been a thing since free agency came in to being in 1975.

“During the course of the 2014 season, much was written about Boston rebuilding with young players…The movement went against the tradition of the deep-pocketed Red Sox that said they don’t rebuild, they simply spend more money.”

Spending more money is a Red Sox-specific tradition? Look, extensions are one thing, but from Manny Ramirez‘s 8/$160M contract in 2001 until Carl Crawford‘s 7/$142M albatross in 2011, there wasn’t a massive contract to be found. Even the bid for Daisuke Matsuzaka AND his contract combined – which totaled about 6/$110M, if we included every possible incentive bonus that could’ve been reached – weren’t that far-fetched, and it certainly isn’t now. There’s about 10 years worth of counterargument there, Hoynes. I suggest you look into it.

“The rebuilding effort lasted about a half a season before Boston’s owners waved their wallet at the problem.”

I was unaware that a wallet is a magical, World Series-winning wand. I now fully expect John Henry to walk out on to Fenway’s diamond, cast his wallet at the mound, chant “Expecto Pitcherum!“, and Jon Lester will spontaneously appear in a new Sox uniform.

“The wealth of the Boston ownership and the loyalty of Red Sox Nation has allowed it to work the system. They’re good at developing their own players and have been aggressive on the international free agent market.”

“Sandoval and Ramirez both received qualifying offers from their old clubs, the Giants and Dodgers, respectively. It means the Red Sox…will forfeit two high draft picks in June, but not their first pick. That will be protected because of their last place finish this year.

In case you’re wondering, that did not happen by accident.”

Well, no duh it’s not by accident, it’s written into the latest CBA. The Phillies – y’know, the team whose 2014 payroll outstrips Boston’s by about $20 million – get a protected pick too. Are you gonna complain about that too? 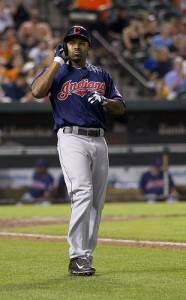 And those teams get to laugh when other teams – like those Phillies – burn their own house down by throwing cash at sub-par players. It’s not about how much you spend, it’s about how you spend what you have. You have to be smart about it. Gratuitous wealth isn’t necessarily an advantage.

“The Indians spent a combined $104 million on free agents Nick Swisher and Michael Bourn before the 2013 season. Halfway through their four-year deals it has not been money well spent.”

The Indians signed an aging player whose production was built on his speed and a guy who could hit but couldn’t use a glove worth a damn. He then proceeded to stop hitting. To summarize: that sounds like a personal problem.

“Giancarlo Stanton wasn’t a free agent when the Marlins gave him a 13-year, $325 million extension earlier this month, but it certainly was a shot across the bow that carries no expectation of a repeat performance.”

Repeat? No one else can repeat what Stanton’s done other than him! He’s a once-in-a-generation type of player, and will soon be a perennial MVP candidate. He is the Marlins’ rock, and that’s just a strawman argument built off an outlier. The Marlins bought out his arbitration years because Stanton would’ve set records far beyond any previously established benchmark for money earned through that process, and then tacked on what’s essentially a lifetime contract for a guy that embodies the “who would you build a team around?” idea.

“The current bargaining agreement ends after the 2016 season. The expiration of the deal will mark 22 consecutive years of labor peace for baseball after eight work stoppages in the previous 22 years.

Will that be the time the owners once again try to impose a cap on team payrolls?”

It’s time to revisit that first quote. The reason players actively “prevent” competitive balance by not wanting a salary cap is because they want to get paid. Most position players don’t like getting paid something less than $500,000 when they’re statistically in the prime of their careers, and surprisingly, all players don’t want the same AAV as they had during their rookie contracts. They want to get money that they feel they’ve earned. This is basic career-boosting stuff here. You want to be paid what you feel like you should be paid. Especially after having a woefully low annual salary for several years.

“Or will baseball simply continue to be a game where only the uber-rich can compete as owners?”

“Where teams like the Indians…have no realistic chance at ending a World Series drought that will be entering its 67th year come opening day in 2015?”

The Indians will deploy a rotation that could be the best in the American League and and all you can complain about is other teams’ spending. The Indians do have a shot, you know. A World Series berth is not something most teams collect every other year. So, Paul Hoynes, I guess the only thing to do is follow Eric Wedge’s advice and just suck it up.