Tuesday Links: Winter Meetings get started with a bang 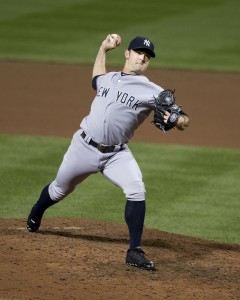 It didn’t take long for the hot stove to turn white hot at the MLB Winter Meetings in San Diego. Amid a plethora of rumors, two significant transactions were made; one involving a trade and the other regarding a free agent signing. For the second straight offseason, free agent right hander Jason Hammel signed on the dotted line with the Chicago Cubs. While the 32-year old netted a one year contract last season and was subsequently traded at the mid-summer deadline, Hammel earned a two year pact worth $18M this offseason to pitch for Chicago. Later in the day, the Oakland Athletics traded former Red Sox prospect Brandon Moss to Cleveland in exchange for minor league second baseman Joe Wendle. While no trade had been made official by the end of the day on Monday, the Athletics were working on a deal to send left handed pitcher Jeff Samardzija to the Chicago White Sox. Samardzija, who was thought to be an option for the Red Sox, will now play second fiddle to Chris Sale in Chicago’s sneaky-good starting rotation. However, the White Sox weren’t just looking to improve at the start of games, they were also looking to solidify the end of games as well. Chicago rounded out their very busy Monday by nearing a deal with former Yankees closer David Robertson. With Samardzija and Robertson set to join Chicago’s early offseason acquisitions of Adam LaRoche and Zach Duke, the White Sox seem like they’re poised to compete in 2015.