Monday Links: Adding an ace isn’t all that’s left for Red Sox to do 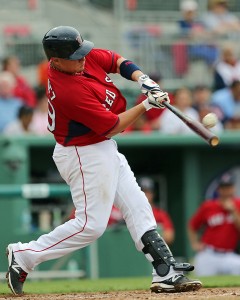 Now that the dust has settled on the flurry of moves that the Red Sox made last week, it’s safe to evaluate what still remains for the team going forward. Although the team added three capable pitchers to their rotation in Wade Miley, Justin Masterson, and Rick Porcello, the team is still in need of a staff ace. The trio of new arms, and those already on the roster, gives Boston a surplus of middle and back of the rotation starters. Therefore, the team will dedicate the majority of the winter to finding a top tier arm to lead the staff. However, Boston’s needs aren’t just limited to finding someone to succeed Jon Lester atop the rotation, the Red Sox also have other outlying shortcomings that must be addressed. Now that David Ross is a free agent and Christian Vazquez is set to handle the bulk of the catching duties, the Red Sox will need to find a veteran backstop to compliment the young rookie. While it’s still a possibility that Ross returns, Red Sox general manager Ben Cherington has expressed the teams desire to add a left handed catcher to the bench. Moreover, Ross seemed interested in joining whichever team that signed Jon Lester, which makes sense considering the duo hold a 2.77 ERA in 29 games together. For Boston, adding a left handed catcher might be easier said than done, as the current free agent market offers three undesirable left handed options. With this in mind, the Red Sox will need to find a trade candidate to appease their need behind the plate. Depending on the cost, Houston Astros’ catcher Jason Castro is an interesting option. While the 27-year old posted an unimpressive .222/.286/.366 slash last season, he did manage to collect 14 home runs and 56 RBI. Defensively Castro isn’t on the same level as Vazquez, but he has displayed sound glove work behind the dish over his 4 year career. The cost for Castro is unknown now, but considering his three remaining years of team control one would figure that one of Boston’s young pitchers could get a deal in motion.

With the completion of the Wade Miley trade, every player that the Red Sox acquired in the infamous "Nick Punto trade" is now gone.