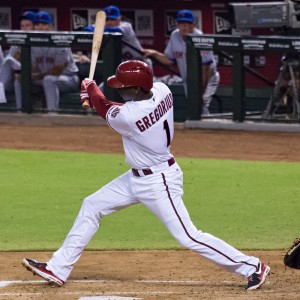 Amid all the craziness that has ensued this offseason, it’s pretty remarkable that the New York Yankees have been fairly quiet thus far. The typically free spending front office lead by Brian Cashman kept themselves out of the market for high price free agent talent like Jon Lester and Hanley Ramirez, despite the teams need for starting pitching and offense. Instead, the Yankees fortified the back end of their bullpen by inking former Red Sox left hander Andrew Miller to a lucrative 4 year, $36 million deal. Last season in split time with the Red Sox and Orioles, the 30-year old posted an ERA of 2.02, and collected an astonishing 103 strike outs in 62.1 innings pitched. Together with young late innings hurler Dellin Betances, the Yankees bullpen appears to be in good hands following the departure of closer David Robertson. Speaking of departures, the Yankees were also tasked with finding a new everyday shortstop for the first time 20 years. In turn, the team acquired young infielder Didi Gregorius from the Arizona Diamondbacks in a three way trade that also involved the Detroit Tigers. The 24-year old Netherlands native is know more for his glove work than his offense, which accounted for a .226/.290/.363 slash last season. Joining Gregorious on the left side of the infield, the Yankees were able to retain free agent third baseman Chase Headley, whom the team acquired from the San Diego Padres during last seasons non-waiver trade deadline. While the 30-year old finished the season with an unimpressive .243/.328/.372 slash, he enjoyed a lot of success upon joining the Yankees as he posted a .262 average and a .371 on-base percentage. New York remained quietly busy into December, as the team hooked up with the Miami Marlins on a deal which sent utility man Martin Prado and reliever David Phelps to Florida, and netted the Yankees young starter Nathan Eovaldi, first baseman/outfielder Garrett Jones, and a minor league pitcher. For New York, the 24-year old Eovaldi represents a hard throwing, but hittable, middle of the rotation arm. Last season in Miami, the right hander surrendered 223 hits over 199.2 innings of work. As for Jones, the veteran lefty figures to be a bench asset for the team considering all his playable positions are filled. However, Jones has the career tendencies to take advantage of Yankees Stadiums short right field porch.