Wednesday Links: The Hall of Fame’s imperfect voting system could use some revisions 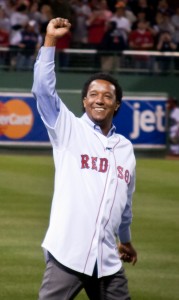 For the first time in 60 years, the Baseball Writers Association of America elected four new players to the Hall of Fame. In their first year on the ballot starting pitchers Pedro Martinez, Randy Johnson, and John Smoltz coasted into Cooperstown, while center fielder Craig Biggio was also able to gain enough support in his third time on the ballot.

Too me, it doesn’t really matter how you get into the Hall of Fame, be it your first time on the ballot or your last, a unanimous decision or a 75% squeak in. But I totally understand the outrage held by some that neither Pedro Martinez or Randy Johnson were given 100% of the vote. Looking at their numbers, it’s hard for a voter justify not using two of his or her allotted 10 votes on Martinez and Johnson. This week leading up to the election results, I’ve gone over Pedro’s case for Cooperstown, and even went as far as to call it “bulletproof”, yet the right-hander only received 91% of the vote. Randy Johnson, who is arguably the best pitcher on the ballot, received 97% of the vote.

Johnson, who will likely enter Cooperstown as a Diamondback, was a dominate force during his 22 year stay in the majors. Coming up with the Montreal Expos in 1989, Johnson’s career fully hit its stride when he was traded to the Seattle Mariners. During his 10 year stay in Washington, the left-hander transformed into a perennial 200 inning pitcher and amassed a respectable ERA of 3.42. In his age 31 season, Johnson lead the league in 10 different categories, including ERA, ERA+, K/9, and K/BB, and took home the American League Cy Young Award.

While most pitchers begin to decline into their 30’s, The Big Unit only got stronger as he continued his career. At the age of 35 Johnson joined the Arizona Diamondbacks and went on a four year tear through the league. In 157 starts between 1999 and 2003, Johnson held an almost identical ERA and FIP of 2.68 and 2.66 respectively, he also lead the league in K/9 and innings pitched. Johnson’s 39.4 WAR during that time span was second to only Pedro Martinez. Johnson also took home the National League Cy Young Award in four straight seasons, and was awarded the World Series co-MVP award with Curt Schilling in 2001.

The fact that neither Martinez or Johnson received 100% of the vote just goes to show that the Hall of Fame ballot could use some tweaking. Cooperstown hopeful and current ESPN analyst Curt Schilling offered an interesting proposal to fix what some consider to be a broken system. The former Red Sox starter described the idea for a committee based system that automatically ushers in show-in candidates (like Martinez and Johnson) without requiring a vote. In turn, the voters could use the saved vote on their ballot for deserving candidates that need more support, like a Tim Raines or Jeff Bagwell for example.

I want to thank everybody. So many players that I had to face. To become part of history as a HOF is humbling and a great honor