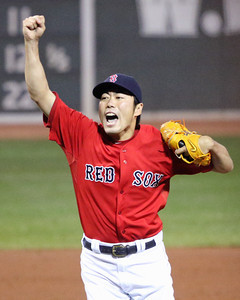 Photo by Kelly O’Connor via SittingStill.net

We are truly a spoiled fanbase, aren’t we?

Since the turn of the century, Boston sports has been the epicenter of excellence and habitual success. This trend continued on Sunday as the New England Patriots downed the Seattle Seahawks 28-24 in an instant Super Bowl classic. In turn, the Patriots added their fourth championship since 2001, and Tom Brady further solidified his legacy as the greatest quarterback in NFL history — depending on who you ask.

Too most people, Title Town is synonymous with Green Bay and pays homage to the Packers 13 NFL Championships, but shouldn’t that distinction truly lie in Boston? After all, since the turn of the century Boston has enjoyed a combined nine championships, en route to becoming the sports envy of America. Along the way, Boston has played host to some of the greatest athletes of modern day sports like Tom Brady, David Ortiz, Paul Pierce, and Patrice Bergeron. It might sound cocky, but the proof is in the pudding; a championship culture has been built, grown, and sustained in Boston: America’s new Title Town.

I never thought I'd say this, but I miss John Lackey. pic.twitter.com/ANmZCMvNnY