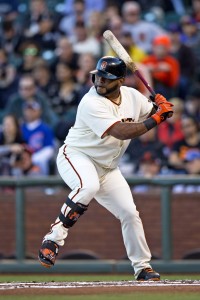 With little over a week until the official report date for pitchers and catchers to Fort Myers, the Red Sox have already seen a plethora of players make the early trip down. Red Sox newcomers Justin Masterson, Rick Porcello, and Anthony Varvaro have all been spotted at the Red Sox complex. Fellow hurlers Clay Buchholz, Craig Breslow, and Matt Barnes are also among those who have joined camp ahead of arrival. Boston’s projected catching tandem of the future, Christian Vazquez and Blake Swihart, have both been spotted in Fort Myers, while newcomer Ryan Hanigan is set to follow soon after.

In addition to pitchers, Boston has seen quite a few position players make their way to Fenway South a little less than 2 weeks before the report date. Among the early arrivals are outfielders Mookie Betts and Jackie Bradley Jr. Mike Napoli, who won’t be ready for game action after undergoing sleep apnea surgery over the winter, has also been getting some early work in. Newcomer Pablo Sandoval was one of the first arrivals at spring training, as he looks to get familiar with his new comrades.