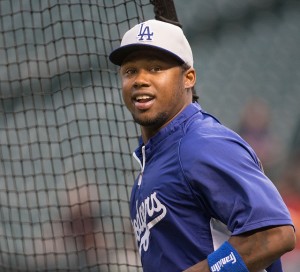 Imagine standing outside a random person’s house and watching them load all of their stuff into a U-Haul. Crazy, right?

I used to think Truck Day was a cool thing. I mean, what other fan base is crazy enough to watch boxes and bags get thrown into a truck? The Red Sox fan base, that’s who. Even with the success of the Patriots, Bruins and Celtics, Boston loves baseball. Even if baseball isn’t really baseball, but instead a bunch of Fenway Park employees heaving things into an eighteen-wheeler. It’s a sendoff, a “hey, go get ’em!”, in the weirdest way possible.

The symbolism isn’t lost on me, I’m just as excited for baseball season to start as the next fan. And what marks the start of the season better than a giant truck of equipment barreling down to spring training? But do we really need to see the truck loaded to get the get excited for spring training? Too me, the baseball writers low-resolution photos and videos from Fort Myers instill more excitement, than the pageantry of Truck Day. Call me crazy, but I’d rather load my twitter from the comfort of my own home and see real baseball action, than freeze my butt off outside of Fenway Park in the middle of February.

Rusney Castillo in the cage. #RedSox up to 25 players on the field today. pic.twitter.com/C90XThQQd0