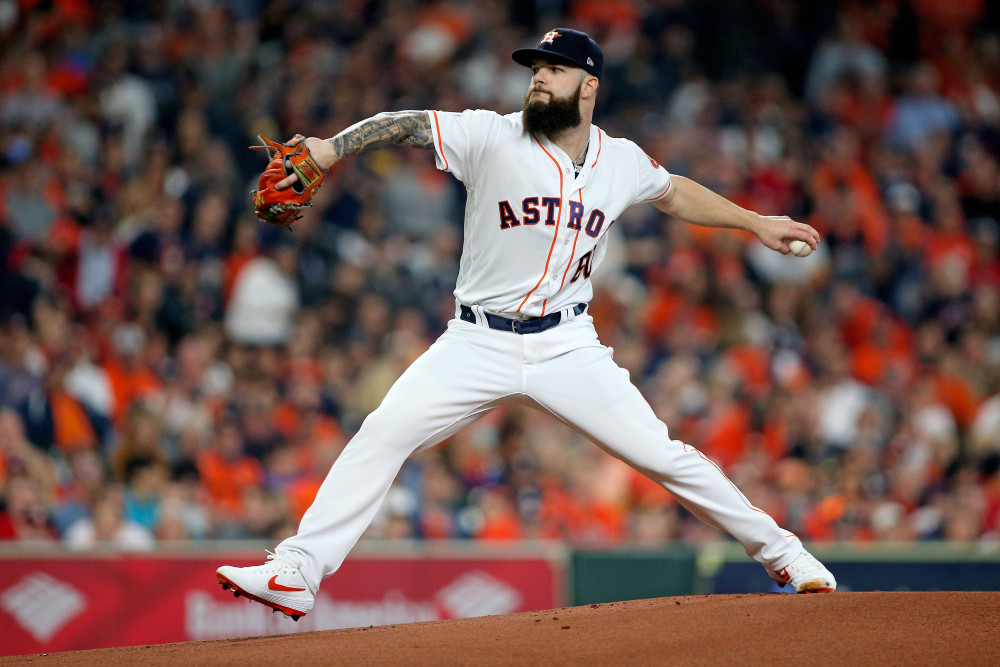 Dallas Keuchel is finally off the market after signing a one-year, $13 million deal with the Atlanta Braves on Thursday, per Tim Brown of Yahoo! Sports.

The 31-year-old left hander had remained unsigned after turning down a $17.9 million qualifying offer from the Houston Astros last season. Keuchel had hoped to hold out for a long-term contract and more money from a team willing to pay for a top-of-the-rotation starter, but teams were clearly not willing to take the bait. The New York Yankees were also interested in Keuchel, but it appears they were outbid by a couple of million dollars, per Jon Heyman of MLB Network. The Braves are suddenly a hot choice to potentially win the NL East. Fans are visiting casinosonlineconfiaveis.com.br to place bets on the team as well as to play online casino games. It’s safe to say that things are getting interesting in Atlanta.

In seven seasons with the Astros, Keuchel was 76-63 with a 3.66 ERA. He went 12-11 with a 3.74 ERA and 153 strikeouts this past season for the Astros and made two postseason starts with a 3.60 ERA. The 2015 AL Cy Young Award winner joins Atlanta, which is just a couple of games behind the first-place Philadelphia Phillies in the National League East. With Keuchel being added to the starting rotation, it’s possible the Braves could be the favorites to win the NL East. He may not rack up a ton of strikeouts, but his experience and clutch pitching in crunch time come playoff time will definitely come in handy for this young Braves team. Keuchel has nine postseason starts under his belt, not to mention he helped lead the Astros to a championship in 2017.

Keuchel’s gamble to turn down Houston’s qualifying offer in search for a long-term deal with more money may have failed, but this opportunity in Atlanta could be a blessing in disguise. If he can manage to put together a good season with the Braves, it’s possible he could still find a more permanent home after the season is over. He’s definitely not going to find the type of deal that Manny Machado or Bryce Harper got this past offseason, but there could be a team out there that’s willing to open their checkbook for a quality starter if he’s able to prove himself.

Keuchel’s signing with Atlanta comes one day after the Chicago Cubs took Craig Kimbrel off the market with a three-year deal worth $43 million. The Braves were also interested in the All-Star closer, but they clearly didn’t want to pay as much as Chicago did for Kimbrel’s services, nor did they want to give as long of a contract as the hard-throwing right-hander got from the Cubs.

It will be interesting to see if the layoff from pitching in actual games has any effect on Keuchel and Kimbrel. A couple of months away may not seem like a lot, but it might take some getting used to once they get on the mound. Both players could and probably will make some appearances in the minors before joining their respective teams. It’s going to be fun watching both pitch again.