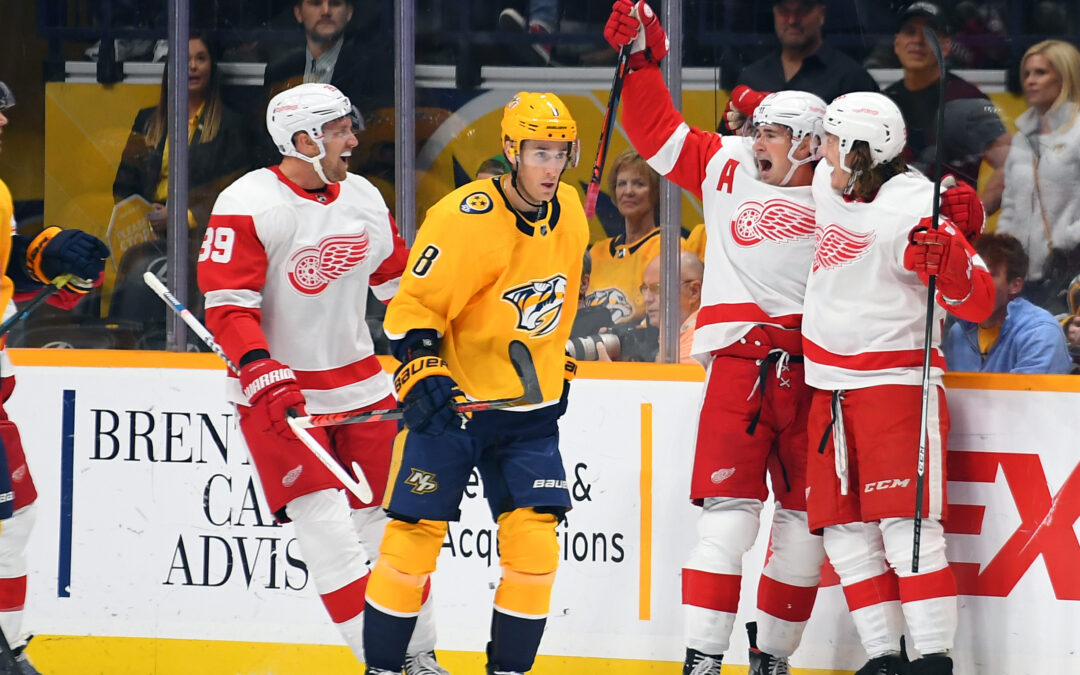 It is fair to say that fans of the Detroit Red Wings weren’t overly optimistic about their team’s hopes of success this term.

Having reached the play-offs for 25 consecutive seasons, the Red Wings have endured three miserable campaigns where they have missed out.

However, there have been some signs at the start of the 2019/20 NHL season that Detroit fans could be in for a more exciting year. Read on as we assess the latest state of play with the Red Wings.

Top line is on fire

Tyler Bertuzzi, Dylan Larkin and Anthony Mantha were on fire towards the end of last season and they have continued in the same vein this time around.

The trio have contributed eight out of Detroit’s ten goals in their first three matches and are undoubtedly a force to be reckoned with when they are in full-flow.

Mantha’s four-goal haul against Dallas Stars was the team’s standout performance of the season so far and fans will be hoping he maintains his current level.

With Larkin and Bertuzzi also in fine form, the Red Wings have a top line that will cause other teams plenty of problems this season.

Punters planning to wager on the Red Wings at bet-michigan.com during the current campaign will be eager to see more points production from further down the lines.

Andreas Athanasiou’s return from injury is a major boost in that respect, although it may take him a few more games to get fully up to speed.

With Valterri Filppula appearing to be a fading force and Frans Nielson struggling with injury, the Red Wings desperately need other players to step up.

Ryan Kuffner and Evgeny Svechnikov have been called up from the American Hockey League (AHL) and will hopefully grab their respective opportunities with both hands.

Promising signs at the back

Having picked up the award for the best ‘D’ man at the 2019 World Championships, it comes as no surprise that Filip Hronek has stood out for the Red Wings this season.

He bagged Detroit’s only goal in their defeat against the Anaheim Ducks to maintain his point-per-game average this term.

Danny DeKeyser, Patrick Nemeth and Mike Green have also looked solid enough as the Red Wings have won two of their first three matches and should continue to improve throughout the campaign.

With Oliwer Kaski called up from the AHL after previously impressing in SM-Liiga in Finland, the Red Wings look in much better shape defensively than they were last season.