The Stories the NBA Fan Need to Know 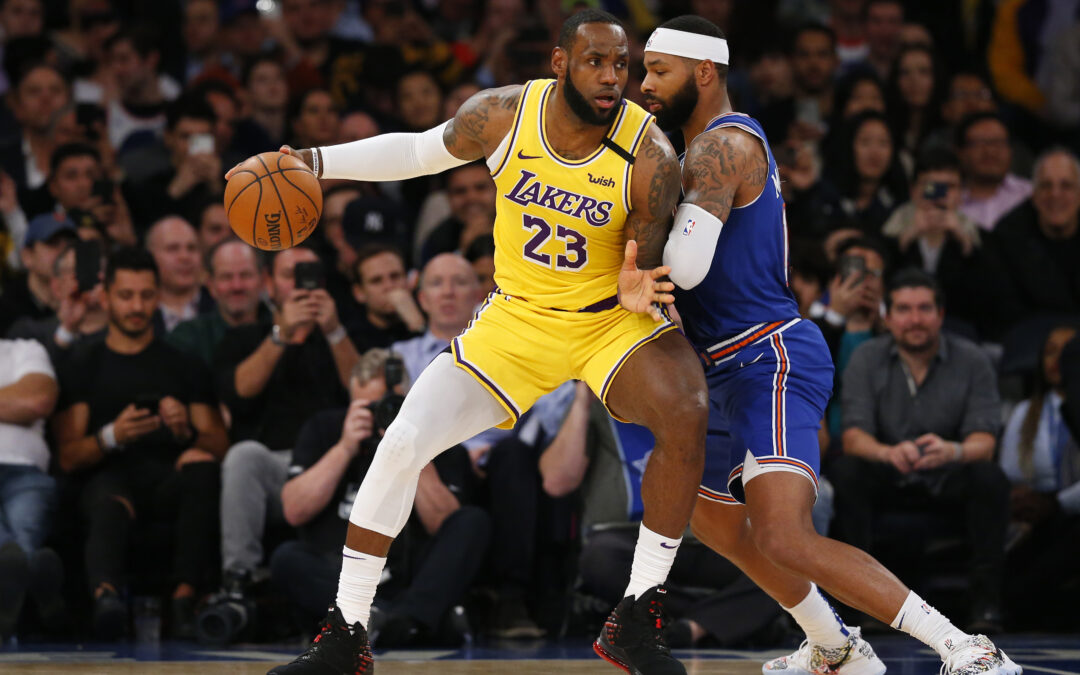 The King at The Garden

Lakers superstar LeBron James came to the “mecca of basketball,” Madison Square Garden, this past Wednesday night, and he drew in the crowds of reporters.

It was an average night for James, who scored only 21 points brought brought enough joy to fans taking advantage of the odds on reputable sites like betting24, but on an efficient 9-of-16 shooting. That was enough to get the job done, as the Knicks are awful, and the Lakers emerged with a 100-92 win.

James drew quite the crowd at his postgame media session, and one particular reporter, probably looking for his five seconds of fame, asked a clown question. He asked LBJ if he would join his son, Bronny on the Knicks, if that particular team drafted him. Keep in mind that Bronny is a freshman in high school, which LeBron made sure to point out, with a perfect answer to the question.

All Hail the King.

NBA rookie sensation Zion Williamson finally made his triumphant regular-season debut on Wednesday night, and it was quite the affair.

Williamson was showered with praise by Pelicans fans before the game against the Spurs even tipped off. Check out this ovation during pregame introductions.

Williamson was fairly quiet in the first three quarters of the game, scoring just five points.

And then he went off.

Zion scored 17 (!) consecutive points in just under three minutes of game time in the fourth quarter, going 4-for-4 on three-pointers during that stretch. Fans even broke out MVP chants at one point.

MVP chants in his first-ever NBA game — not too shabby for the rook and I would have to say that it’s probably something we can expect for a long time coming.

Karl-Anthony Towns has been the subject of numerous trade rumors leading up to next month’s deadline, but one of the head honchos on the Timberwolves has come out saying that the All-Star center isn’t going anywhere.

President of Basketball Operations Gerson Rosas made it very clear this week that Minnesota has no intention of trading Towns even though the team has struggled in the first half of the season.

Minnesota has made the playoffs just once in the four seasons that Towns has been there. And while Rosas is correct in saying he’s been the best player on the team, the Timberwolves don’t appear to be getting better. This season in particular has gotten off on the wrong foot with the Timberwolves suddenly going 5-21 after a 10-8 start. It’s too early to say if they’ll once again miss out on the postseason, but it’s not looking good right now.

We’ll see if Rosas and the Timberwolves change their mind at all next month, but it sounds like Towns is staying put in Minnesota.

It’s been nearly a decade since former shooting guard Delonte West last played in the NBA, but he’s had quite the fall from grace since that time, and it’s sad to watch.

West has been diagnosed with bipolar disorder in the past, and he’s been seen roaming the streets around the Washington D.C. area — homeless.

We haven’t heard all that much from him, though — until recently, that is, and he’s clearly emotionally and mentally disturbed. West was seen getting beaten up in the middle of a local highway in DC, with his head getting stomped at the end of it.

And then, soon after, West was seen sitting on a curb handcuffed, cursing at police officers. “I don’t give a f—” is what he continuously yelled, over and over.