UFC251 Is Almost Here; What To Expect 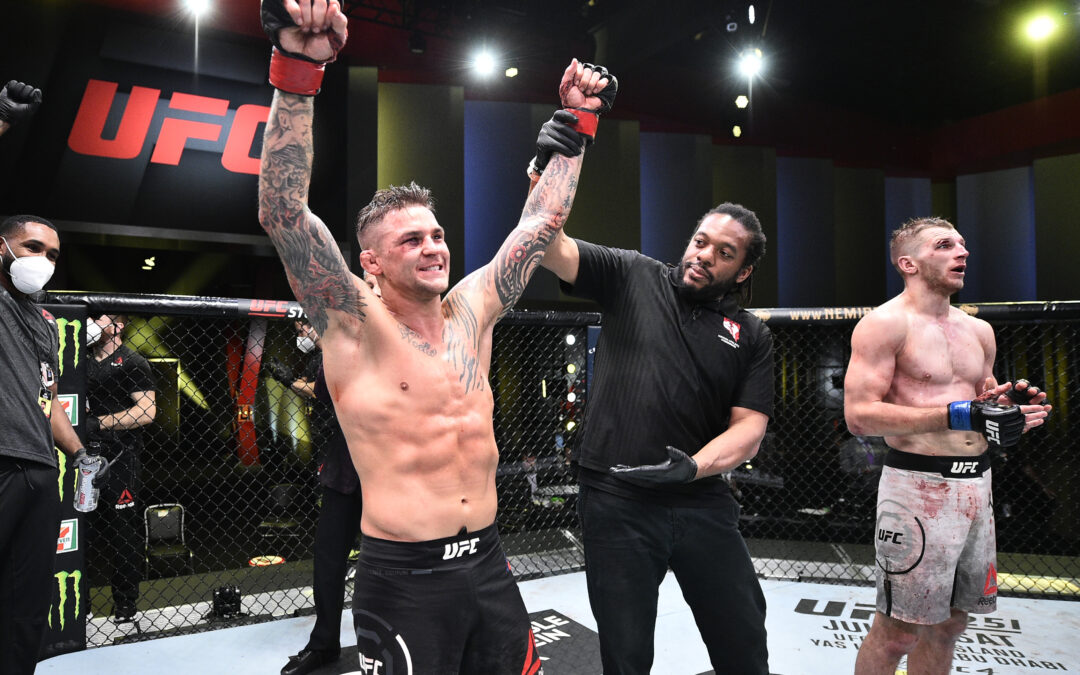 The next big event in combat sports is just around the corner and it has come with a number of last minute changes – we’ve already seen the main card headlining fight contender in Burns have to drop out due to testing positive for the coronavirus and a last minute stand in from Gamebred Masvidal, but with other changes too as commentator Paul Felder may now also be missing out and a new location unveiling, this is set to be an exciting event.

The fights – We’ll focus on the main card fights here, but the prelims have some worthy watches too. A notable matchup is within the rematch between Jessica Andrade and Rose Namajunas – Andrade captured UFC gold in their previous fight before losing the belt to current champ Weili Zhang, with Thug Rose looking to make her comeback from her previous loss it should be an exciting fight. We see another great fight between Petr Yan and Jose Aldo as Yan is looking to make his run toward capturing a UFC title himself – if he’s able to bring a win over Aldo he could be in prime position to fight for the now vacant bantamweight title.

We then get to the two big fights of the night – the first is the rematch between featherweight stars Alexander Volkanovski and Max Holloway – the aussie put on a strong showing against Holloway in their last fight and took the featherweight title by doing so, the rematch clause gives Holloway the opportunity to grab the belt back in what is set to be an extremely exciting fight. And then to the main fight of the evening as Kamaru Usman looks to defend his belt against last minute stand in Jorge Masvidal – many believe this is the fight that should’ve been made in the first place but with some disagreements between Gamebred and the UFC it seems we may not have had the opportunity to see this fight, but with Burns pulling out due to contracting COVID-19 we finally get to see if the current BMF champ can also get gold from a very strong looking Usman.

Fight Island – We also get to see the unveiling of the UFCs new fight island facility in Abu Dhabi. It had been speculated for quite some time during the whole coronavirus pandemic but after finally being confirmed a few months ago, we finally get to see the big unveiling – many are hoping this could lead to some changes judging and commissions which have come under a lot of criticism recently, but it does also provide a location for fights that would otherwise have to be cancelled because of travel restrictions.

If you’re looking to get involved, there are plenty of options available to you despite recent changes in online gambling and betting – a recent ban on credit card gambling alongside changes to initiatives such as gamstop have reduced participation options for many but Maximum Casino’s list of sites not on gamstop provide plenty of opportunities for those looking to get their piece of the event too.