Caris LeVert and Jarrett Allen stepped up for Brooklyn Nets 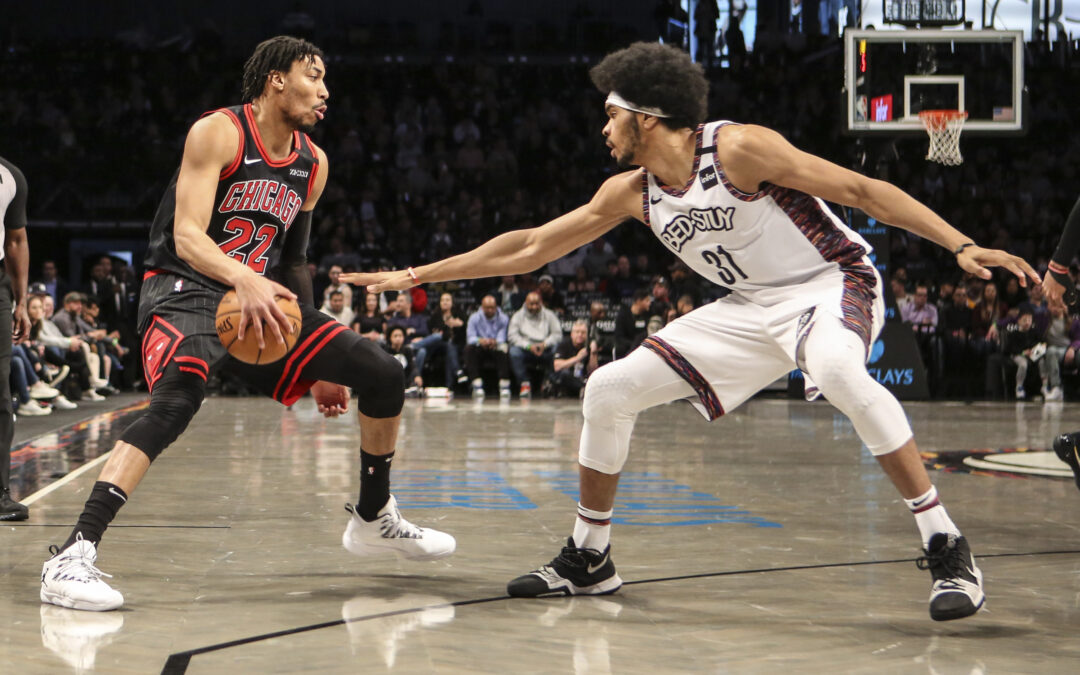 Before officially resuming their NBA season on Friday against Orlando Magic, the Brooklyn Nets have been involved in the Scrimmage games but had to do without their stars like Kevin Durant, DeAndre Jordan, Wilson Chandler, Nicolas Claxton, Taurean Prince, Kyrie Irving and Spencer Dinwiddie for these games. Despite that, the Nets have performed well nonetheless with impressive performances coming from the duo that might decide how long their stay in the Disney World bubble will be, as Jerrett Allen scored 19 points and 10 rebounds and Caris LeVert bagged a game-high 23 points in their Monday scrimmage defeat to the Jazz in a 112-107 loss.

Speaking about the scrimmage loss, LeVert said to media via NY Post: “We got better as the games went on. I’m happy with our performance, even though we didn’t get the win. I thought we played hard and we got better.”

Following the absence of the Nets’ top two stars in scoring and assists, Irving and Dinwiddie, LeVert took up their position to deliver captivating performances for his team taking up the playmaking role for the team. In their Saturday victory against San Antonio Spurs in the scrimmage game, with 27-points scored in 22 minutes, the 25-year-old talented star was able to score 11 out of the 22 from the field, providing six assists, and https://www.casinoclic.com offered some amazing odds for the game.

Speaking about their math, Allen also said: “You saw it last season. … He was just starting to come out and be that. You saw it in the Celtics game where he scored [51 points, the week before the season was suspended]. So, now that he’s here, he finally has the chance to be able to lead us and he’s done a tremendous job with that.”

Being the only center getting live-action, Allen was handed more intense responsibility to the team. He was able to battle successfully against the two-time NBA Defensive Player of the Year Rudy Gobert as he registered his third straight double-double in the scrimmage, after scoring 9 out of 12 points from the field with two steals and block.

This proves that even without their pivotal superstars in the team, the Nets can still hold themselves a little bit against the league’s giant teams, although the team still have their troubles after losing to New Orleans Pelicans in a crushing 99-68 defeat some days earlier, real money pokies tabled odds for the game when it was played

Having lost possession of the ball 12 times the Nets registered 27 assists, as they were able to force the Jazz to 21 turnovers.