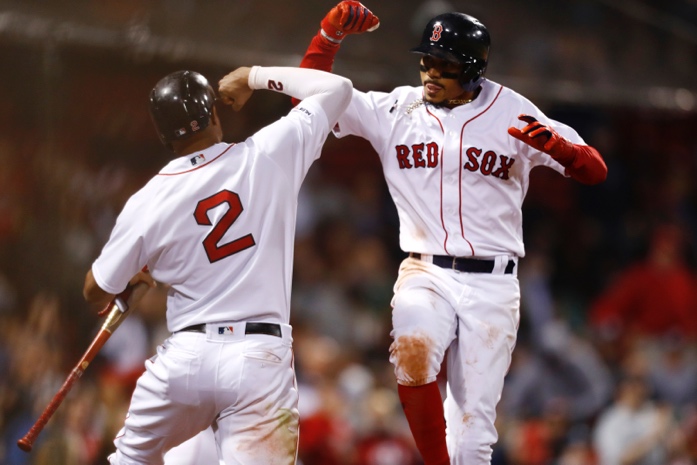 The name Red Sox is iconic – so far so that any non-American would likely have heard their name. Their quirky title brings up connotations of feet dressed in red garb, but the team’s origins are much more fanciful. The Red Sox have a rich history full of heartbreak and triumph and have one of the highest fanbases of baseball fans in the world. Having an impressive nine World Series titles and 14 American Leagues under their belt, the Red Sox have cemented themselves as one of America’s greatest baseball teams.

The Red Sox were born in 1901 as one of eight charter members of the American League. They called Huntington Avenue Grounds their home until 1911, moving to the famous Fenway Park where they still play to this day. It is the oldest of all Major League grounds featuring a massive field wall, affectionately named the “Green Monster”. Their name comes from Boston’s first professional baseball team – the Boston Red Stockings. The Red Sox would win the first-ever World Series in 1903 and go on to win four more championships in the 1910s. The next century saw iconic moments but also disappointment as they slumped to an 86-year winless streak. After breaking their poor form in 2004 by beating the St. Louis Cardinals, the Red Sox reclaimed a taste of their past victories and continued to compete at a high level to this day.

Fast forward to 2021. The Red Sox, after a dire previous season, are seeking to turn around their woes and put in a performance for the fans and themselves. So far, the Sox have been playing outstandingly. They currently sit top of the table having just beat the Blue Jays in a comeback that is becoming synonymous with the team with a staggering 32 comebacks out of their 61 victories. The odds on the Red Sox winning the World Series are currently standing at 12/1, it’s clear that the bookies don’t favour the batters from Boston. Disagree? These odds promise good returns if the Sox win and many online betting sites provide a convenient way of backing teams online like this list here.

Taking recent seasons like the last one into account, it is easy to see why some critics dismiss the possibility of the Red Sox winning the World Series. But after recent performances, and a promising looking team, it’s high time to start considering the Red Sox as a valid runner for the Championship. If they continue to play as they have for the first half of the season, there is no doubt that they have a strong chance of lifting the Commissioner’s Trophy. Despite not having the best pitching game, the Red Sox have inarguably one of the best offences in the league and will look to stars such as Martinez, Devers and Bogaerts to see them through to the end.