4 sports teams to stake your money 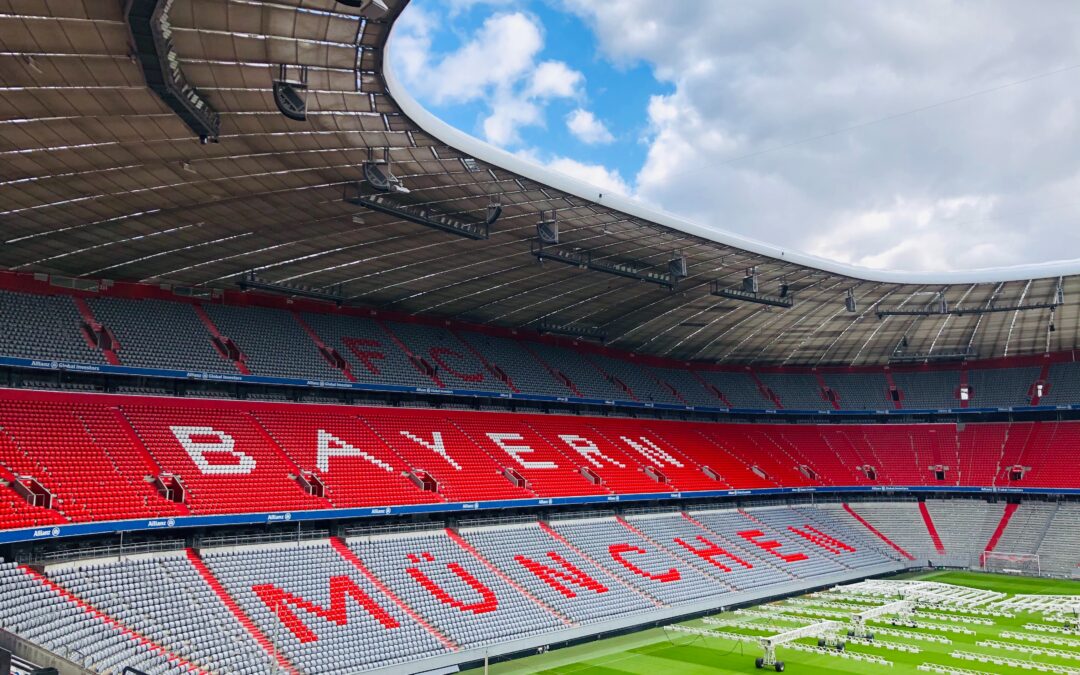 Every second of every minute of every day someone somewhere in the world is betting on a live, televised sporting event, ranging from baseball and boxing to snooker and skiing. As the Yuletide ushers in the winter, the number of bettors and the amount of money being gambled is growing exponentially in an industry valued at north of $200 billion.

When you’re looking to place successful football accumulator bets, it makes sense to know the sports and teams which are going to offer you the best possible chance of winning. Any self-respecting bookmaker will cover an enormous range of football competitions all over the world although they don’t all offer the same opportunities to land a profit. Here are the four most trusted football teams brought to you from www.gamblingmentor.org.

The serial German champions have been a step above the rest. The Bavarians have a solid balance between experienced defenders and explosive attacking options. The main architects of their Bundesliga dominance come from Polish striker Robert Lewandowski and German talent Serge Gnabry. The best number 9 in the world is a goalscoring machine consistently netting around 30-40 goals per season. As for Serge Gnabry, his maddening statistics have made him the main feature of Bayern’s recent success.

Combination bets with Bayern to win and one of these players to score are a great strategy when wagering on the Bavarians. You may also want to bet on the total number of goals scored combined with the names of the scorers.

The Reds have recovered from a disappointing 2020/21 season to lead the coup to dethrone Manchester City. Liverpool’s emphatic 5-0 victory over Manchester United at Old Trafford sent an obvious signal to other rivals. Now is the best time to stake your money on Jurgen Klopp’s side.

The Merseysiders are almost certain to score, especially with Mohammed Salah on the pitch. The Egyptian, who is being tipped to claim the Ballon d’Or, has struck 10 times, more than any player in the division. That tally puts him ahead of seven Premier League sides including Tottenham. Sadio Mane and Diogo Jota have contributed one less. The entire team has found the net 27 times, the highest in the league.

The Sons of God recently highlighted their dominance in the Eredivisie by thrashing direct rivals PSV 5-0. Just one point separated both sides before last week’s meeting. But the ruthless Ajax made light work out of their visitors. This came on the back of a 4-0 thrashing of Borrusia Dortmund in the Champions League. No surprise.

Erik ten Hag has brought back that exciting brand of attacking football Ajax was renowned for.  The 51-year-old’s incredible mix of youth and experience is working wonders. There have been trophies goals and along the way. The demolition of PSV was the fifth time they struck over five times in a game, after outsmarting NEC, Vitesse, Sporting Lisbon, Fortuna Sittard and Cambuur. You can put your money on them hitting at least a goal in every match and leroi johnny is keeping an eye on the Dutch club.

South African side Mamelodi Sundowns currently tops the Premier Soccer League table despite playing a game fewer. In their first seven matches,  they clinched six wins and drew once. Sundowns did so scoring 12 goals, conceding none.

Since the inception of the PSL in 1996, Sundowns have won the league title a record eleven times. The Pretoria-based club is currently the most successful football club in South Africa and arguably the biggest since its major transformation in 2004. They were the 2016 CAF Champions League champions and the 2016 CAF Club of the Year.