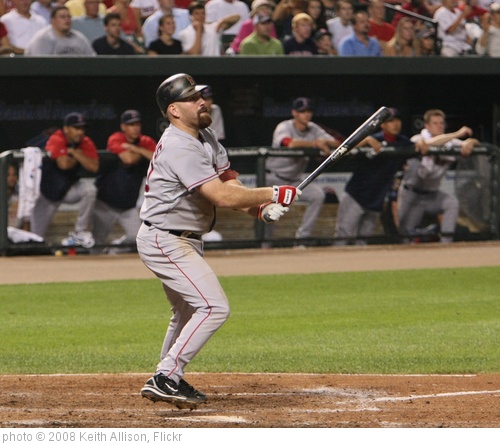 Cleveland Indians – After a hot start, the Cleveland Indians sit 2.5 games behind the AL Central leading Chicago White Sox.  Offensively, they’re pretty well positioned at the moment at every spot except left field and first base.  Youk won’t be playing LF anytime soon, but he certainly would be a massive upgrade over Casey Kotchman who is hitting a dreadful .209/.282/.307.

Milwaukee Brewers – When the Brewers lost Prince Fielder to the Tigers via free agency, they knew they’d have a tough time replacing his production at first base.  Still, they had 26-year old Mat Gamel, a promising offensive prospect (albeit defensive liability), so all was seemingly not lost–and then Gamel tore his ACL 24 games into the season; leaving Travis Ishikawa as their starting first baseman.  While Ishikawa has performed better than expected in a small sample, he’s 28 years old with little track record of hitting at this level.  Only 6.5 games out in a wide-open National League, the Brewers would be smart to kick the tires on Youk in hopes of making a large offensive upgrade.

New York Mets – This pretty much sums it all up right here.  Ike Davis is hitting .160/.226/.274 after 190 plate appearances.  If the Mets want to stay in the thick of things in the very deep NL East, they’ll need to find a way to improve their production at first base.  Now, the only question that remains is:  Can they afford Youk?

Philadelphia Phillies – I know I mentioned the Phillies in Monday’s column, but the complications with Ryan Howard‘s Achilles injury make Youkilis a potential target for first base as well.  In fact, Howard’s situation is so potentially dire, Phillies manager Charlie Manuel indicated Chase Utley may play some first base if/when he returns from injury.  56 games into the season, their first basemen have produced a .268/.335/.416 line, which is roughly league average.  While that’s probably a little better than expected, I doubt the Ruben Amaro is enamoured with the idea of Ty Wiggington, John Mayberry, and Jim Thome splitting first base duties for too much longer.  Honestly, I see Utley as the more likely option, but they may opt for Youk if push comes to shove.

San Francisco Giants – While I have been one of the biggest proponents of the “Free Brandon Belt” movement, he’s performed poorly enough at the plate where even I think he may need to be benched.  Unfortunately for the Giants, Brett Pill and Aubrey Huff are their only options to replace him.  Yeah.  Dark days indeed.  Since Belt has a discernable major league talent (he gets on base), he continues to get the lion’s share of plate appearances.  Either way, the Giants need offense.  This is especially true in light of the Pablo Sandoval sexual assault case that is pending.  I’m not sure who Brian Sabean would trade to the Red Sox in exchange for Youk, but they desperately need to add another offensive piece to their roster.  Plus, Youk is nearly the perfect Sabean player:  30s, well played, and perpetually injured.  Now, if only Youk would stop drawing walks…