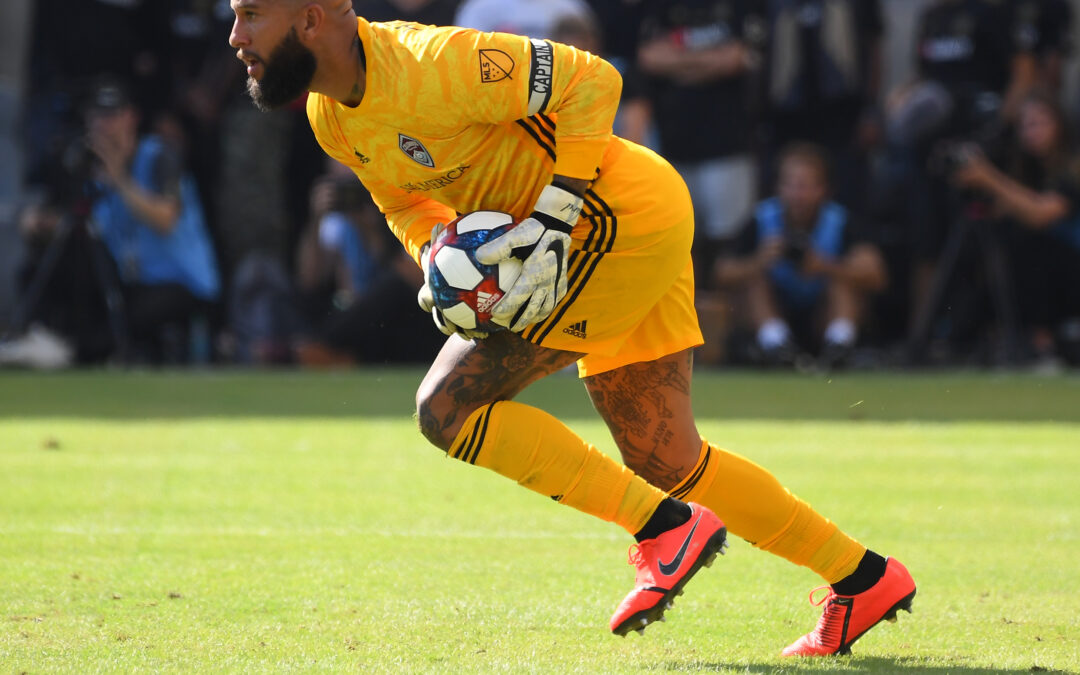 The FA Cup final is the traditional end to the soccer season in England. A day out at Wembley is what every fan of the sport dreams of, while every player wants to play on the hallowed turf.

Just to reach the FA Cup final is a major achievement. In an era where a greater focus and prestige seems to be attached to the UEFA Champions League, this remains an important domestic trophy to compete for.

American involvement in the FA Cup final has been pretty rare down the years. In fact, just three players have been named on the team sheet on this big day each May.

Do you remember these American soccer players in England that were in and around teams that reached the FA Cup final?

Just one footballer from the United States can call himself an FA Cup winner. That is Tim Howard who kept goal for Manchester United in their easy 2004 success over second tier club Millwall.

Howard is an American soccer legend, earning over 120 caps for the Stars and Stripes and enjoying a lengthy Premier League career with the Red Devils and later Everton. He was benched behind Roy Carroll 12 months on as United lost the 2005 final to Arsenal in a penalty shootout.

Although Howard wasn’t involved in that, he did play in 2009 when Everton surrendered a winning position at Wembley as Chelsea came from behind to win 2-1. His old club Man Utd are still in this year’s competition and are regarded as strong FA Cup betting contenders in the market.

Midfielder and winger John Harkes was part of a very handy Sheffield Wednesday team in the early 1990s. In 1993, the Owls not only reached the FA Cup final where they took George Graham’s Arsenal to a replay but also the League Cup final.

Harkes was a mainstay of the US national team in the 1990s, playing at the home World Cup in 1994. He also played Premier League football at Hillsborough and later with West Ham United via a spell with Derby County.

Like fellow goalie Howard before him, Brad Guzan was an unused substitute in the 2015 final as Aston Villa were humbled by Arsenal. It was a season of struggle in the West Midlands for the Birmingham-based club, but Tim Sherwood just managed to keep the club up and reach Wembley to boot.

Guzan, who remains active for international duty, was behind Shay Given in the Villa pecking order with the Irish legend taking over from another big American name Brad Freidel between the posts. He later won the MLS Cup with Atlanta United, but also sat out a controversial 2010 League Cup final loss to Man Utd.