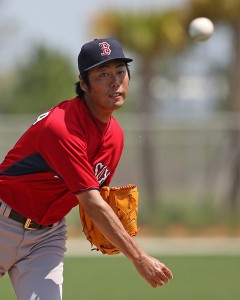 With Super Bowl weekend now upon us, the crack of the bat and the snap of the glove only get louder from here. Following the championship meeting between the Seattle Seahawks and the New England Patriots, Red Sox fans will have to wait just three short weeks before pitchers and catchers must officially report to Fort Myers. While watching the same handful of shots of pitchers playing catch won’t be the most exciting thing in the world, it will officially mark the end of the Red Sox tenure as last place finishers. A small victory, sure, but an momentous one nonetheless.