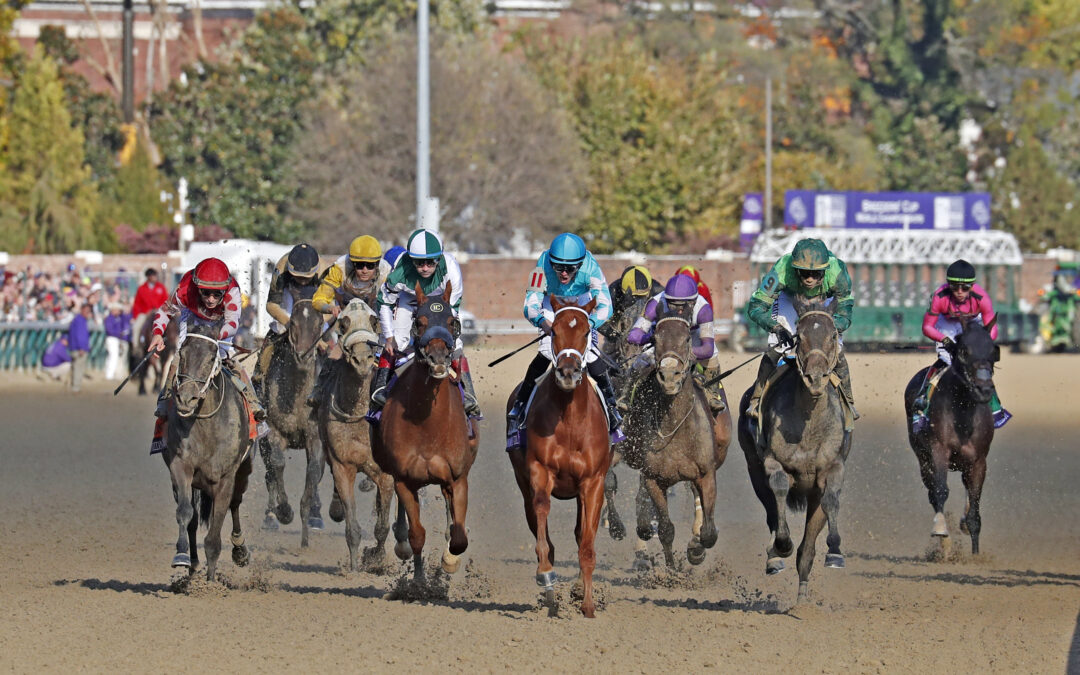 With less than a month to go before the start of the 2019 Breeders’ Cup, horse racing fans across the world are getting ready for what promises to be two thrilling days of action.

This year’s event will take place on the November 1 & 2 at Santa Anita Park and will attract top horses, jockeys and trainers from all over the planet.

Read on as we look at some of the main talking points ahead of this year’s Breeders’ Cup.

Will she or won’t she?

The news that Enable could be allowed to participate in the Breeders’ Cup Turf was music to the ears of horse racing fans everywhere.

John Gosden’s stable came up just short last weekend in her bid to win the Prix de l’Arc de Triomphe for the third year in a row, but connections refused to rule out a tilt at the Classic after the race.

Very soft ground in France ultimately cost Enable her chance in the Arc, but she still put up a tremendous performance.

She would be one of the most popular Breeders’ Cup entries of all-time if she runs at Santa Anita and it would be great to see her end her career on a high-note.

Velazquez can shine on Honor

Top jockey John Velazquez has won a plethora of big races during his illustrious career, but the Breeders’ Cup Classic continues to elude him.

However, he has an excellent opportunity to rectify that situation this year as he rides the classy Code of Honor in the race.

Shug McGaughey’s charge has won his last three races and would have strong claims to be crowned Horse of the Year if he can win the Classic.

McKinzie and Elate are amongst some strong competition, but Velazquez is fancied to finally break his duck in the race.

While Enable has been the star attraction in European racing, Sistercharlie has been sweeping all before her in North America.

Her brilliant victory the Flower Bowl Stakes at Belmont Park on Sunday made it six Grade 1 wins in a row and it would be a brave move to back against her following up in the Breeders’ Cup Filly & Mare Turf.

She thundered down the home straight like a fastball to win the race in 2018 and it would be no surprise to see her follow up this time around.

The European challenge doesn’t look quite as strong in this year’s renewal and Sistercharlie looks banker material to enhance her outstanding record.